You are here: Home / Analysis / Why Iran is losing its grip in Iraq? 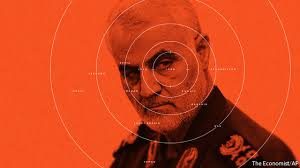 When US missiles killed Iran’s most important general and its most important militia leader in early January as they were visiting Baghdad, it looked like American forces would be kicked out of Iraq. Iraq’s parliament convened just hours after the strike and approved a symbolic resolution to expel the US, like reported by aawsat.com.

More than four months later, not only are US forces still there, but it’s clear that the killings have created space for a new Iraqi government to assert some independence from its powerful neighbor. The signs of this new approach have been building over recent months, and the ascendance last week of Mustafa Al-Kadhimi to the post of transitional prime minister is the latest and most profound.

Consider that Kataib Hezbollah, the militia largely responsible for attacks on US positions in Iraq, openly accused the new prime minister of participating in the US plot to kill the Iranian leaders during the negotiations to select an interim prime minister. The militia opposed Kadhimi and threatened violence if he became prime minister. The Iraqi Parliament ignored it.

Normally, the opposition of a militia supported and directed by Iran would be a clear sign that Iran sees Kadhimi as an unacceptable choice for prime minister. Kataib Hezbollah acts as an arm of the Quds Force commanded by General Qassem Soleimani, who was killed in the US drone strike.

This time around, the Iranians have indicated that they will live with him.

Why? Kadhimi was able to take advantage of schisms within Iran’s own power centers, says Nibras Kazimi, the founder of Talisman Gate, a website that follows Iraqi politics. A turf battle among Iranian factions in Iraq has “opened up space in Baghdad for previously unexpected outcomes,” he says. Kadhimi “slipped through the inter-Iranian melee, but his ascendance is not a reflection of American influence.”

Those schisms in Iran could nonetheless be good for US interests. Kadhimi’s platform explicitly calls for reform of the Interior Ministry, whose forces coordinated with Iranian-backed militias to violently disperse recent peaceful protests against Iranian influence. The new chief of that ministry will be General Othman Ghanimi, an American-trained officer who is currently the chief of staff of Iraq’s military. His new ministry was once infiltrated by militia leaders who showed more loyalty to Soleimani and Iran than to Iraq. He now has an opportunity to clean house, a longtime US objective.

Kadhimi has also pledged to take on corruption, which is the primary issue for the national protest movement — and a primary reason that Iran is able to exert influence in Iraq.

Kadhimi’s platform is not as pointed in its criticism of US actions as his predecessor’s was. It says Iraq will not allow “its territories to be used as a base for launching aggression against any of its neighbors and will not become a battlefield for regional and international conflicts.” At the same time, it indirectly says it will not allow Iran to manage its relationship with Iraq the way it did in the Soleimani years: “As far as foreign relations are concerned, the state shall communicate with official institutions only, and according to the international diplomatic norms, and not with individuals or non-official entities.”

There is no single event that has caused Iran’s current loss of influence in Iraq. Nationwide protests against corruption and Iranian influence, as well as internal strife within and among Iranian-backed militias, helped Kadhimi’s rise. At the same time, Soleimani’s death was a factor.

“When Soleimani was killed, Iran had already overplayed its hand and was suffering the consequences,” says Michael Knights, a senior fellow at the Washington Institute for Near East Policy. Since his death, he says, Iran’s position in Iraq has weakened even further. “It still has influence, but not control.”

If that’s true, it’s a positive development — not just for Iraq but for the entire Middle East.