You are here: Home / Analysis / Why experts warn of Turkey extending its influence to Palestinian territories 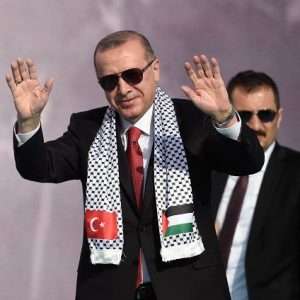 Israeli officials have warned of Turkey’s attempts to extend its influence to the Palestinian territories and replace Egypt’s leading regional role, with the help from Qatar and other parties, like reported by aawsat.com.

They considered these attempts harmful not only to Palestinians and Israelis, but they could deteriorate the situation and lead to clashes, violence and tension.

“Egypt plays a decisive role in providing calm and stability in the region,” a former pro-peace Israeli minister was quoted as saying.

“It has prevented war on the Gaza Strip several times and has been trying to rid Palestinians of their basic weakness, which is division, to be more powerful in negotiations,” he added, stressing that for this very reason Egypt is being challenged.

The official stressed that people in the region will pay the price for the deteriorating situation, that is, Israel and its neighbors, while Qatar, Turkey and others watch from afar.

He slammed the Israeli government’s policy in this regard.

Palestinians have been resorting to Ankara and involving themselves in a “radical” camp while the government is standing idle, he stressed.

Zvi Bar’el, the Middle Eastern affairs analyst for Haaretz Newspaper, shares this opinion and wrote on Tuesday that Israel also contributes to that.

The Palestinian Authority is concerned about the collapse of the economy in light of coronavirus pandemic and is seeking sources of funding, he said.

“On one hand, the PA refuses to receive its tax revenues from Israel as long as it deducts the money paid to the families of the martyrs and the prisoners, and on the other hands, it suffers cuts in Arab and international aid, and Europe refuses to offer any alternative aid.”

Bar’el pointed out that the Israeli government refuses to compromise, hoping the financial crisis suffered by the PA leads to it receiving tax funds again and accepting US President Donald Trump’s peace plan.

However, the PA has resorted to Qatar, which has become a bank for the Gaza Strip and Hamas movement, while awaiting the results of the upcoming US elections to settle its issues.