You are here: Home / Analysis / Why Europe needs to fully designate Hezbollah as a terrorist group? 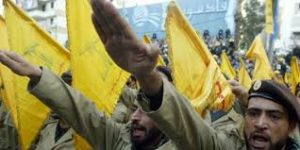 The two explosions that tore through Beirut on Aug. 4 marked the latest catastrophe for Lebanon, a country beleaguered by a massive financial crisis and the coronavirus pandemic. The explosions killed at least 160 people, injured thousands and left many homeless. Lebanese officials blamed the disaster on a cache of 2,750 tons of ammonium nitrate, which had been kept improperly for years in a warehouse at the city’s port, like reported by thehill.com.

This chemical long has been favored by Hezbollah for attacks, though the Iranian proxy has denied stockpiling it at the port, which it controls. While it is currently unclear who owned the ammonium nitrate behind the explosions, Hezbollah has stored and used the same material abroad, including in Europe — all while evading a full terrorist designation by the European Union (EU).

In 2012, for instance, a bus carrying young Israeli tourists was bombed in Burgas, Bulgaria, killing six people and wounding dozens. Bulgarian, American and Israeli authorities all linked the attack to Hezbollah, and law enforcement determined that “ammonium nitrate was an active ingredient in the explosives,” according to a US Justice Department complaint.

The Burgas bombing was not an isolated incident. Eighteen years prior, a suicide bomber drove a van packed with ammonium nitrate and fuel oil into a Jewish community center in Buenos Aires, murdering 85 people and wounding hundreds. Argentine prosecutors have accused Hezbollah of carrying out the massacre under Iran’s direction.

Indeed, Iran has an extensive record of directing its Hezbollah proxy to conduct attacks on foreign soil. In the same year as the Burgas atrocity, Iran was accused of plotting against American, Israeli and Western targets in Azerbaijan; and orchestrating bombings against Israeli diplomats in India and Georgia. Plots were also uncovered in Thailand, Kenya and Cyprus, where a Hezbollah operative was arrested over his role in a bid to attack Israeli tourists. “I was just collecting information about the Jews,” the operative reportedly told police. “This is what my organization is doing, everywhere in the world.”

In 2013, the EU finally designated Hezbollah’s military wing as a terrorist organization. This paved the way for member states to freeze funds linked to Hezbollah’s military wing and for greater law enforcement cooperation. Yet the ban did not apply to the Iranian proxy’s political wing, effectively enabling it to continue operating in the EU and undermining the designation’s impact. Unfortunately, qualifying the terrorist designation between two wings is illogical, because all Hezbollah operations are coordinated and directed by its political elites. Indeed, even Hezbollah leadership has refuted and mocked this distinction.

Meanwhile, Hezbollah and its Iranian patrons have continued plotting terrorist attacks in Europe. In 2015, Hezbollah-linked operatives were caught stockpiling more than three tons of ammonium nitrate in the U.K., and 8.5 tons of the chemical in Cyprus. In 2018, France accused Iran of seeking to bomb an opposition group rally in Paris. In June, a Danish court sentenced a man over an Iranian plot to murder an Iranian opposition activist in Denmark. In July, reports emerged that Israel thwarted Iranian attacks on its diplomatic missions in Europe.

Hezbollah sustains its reach largely through Tehran’s support, which according to 2018 U.S. estimates amounts to $700 million annually. Yet it also maintains an independent fundraising apparatus, engaging in money laundering, drug trafficking, and other criminal operations across Europe, and exploiting businesses and charity front groups to funnel resources to its terrorist operations.

This April, Germany unilaterally banned Hezbollah in full, reportedly after being tipped off about a stash of ammonium nitrate in the country’s south. Lithuania designated Hezbollah as a terrorist group this month. Such positions align with those adopted by the U.S., U.K., Canada, Israel, Argentina and the Arab League, among others. Yet most EU nations continue to rely on the bloc’s insufficient designation, which grants Hezbollah’s fundraising activities valuable breathing room.

As Europol, the EU’s law enforcement agency, noted in a recent report, investigations into Hezbollah “face the difficulty of demonstrating that the funds collected are channeled to the military wing of the organization.” Aligning Hezbollah’s terrorist designation with the reality of its operations would empower European law enforcement authorities to comprehensively target the group and its resources within the EU.

A full designation also would help further delegitimize Hezbollah at a time when the Lebanese government has resigned, and furious citizens demonstrate against the ruling elite. Indeed, it is notable that some of these protesters are directing their ire at Hezbollah, and even hanging Hezbollah leaders in effigy. The Lebanese are justifiably outraged over the governing malfeasance that set the conditions for this tragedy after running the Lebanese economy into the ground. But there is also evidence that they are fed up with Hezbollah’s parasitic exploitation of their country. Ramping up this terror group’s delegitimization is more urgent than ever to support a Lebanese movement to free their country from Iran and Hezbollah.

Deep reforms are needed if Lebanon has any hope of restoring governing normalcy. Unfortunately, Hezbollah, which exploits Lebanon’s weak political system to operate with no transparency or accountability, presents a major barrier to such reform and the hopes of the Lebanese people. By comprehensively blacklisting Tehran’s top proxy, the EU would decisively signal that Hezbollah is not a legitimate actor, directly threatens stability in and beyond Lebanon, and must be countered if Beirut is to have a hope of a true recovery.