You are here: Home / Mediterranean / Who will lead ISIS after al-Baghdadi? Here four names… 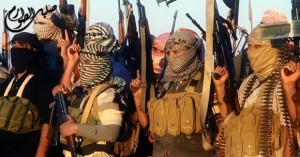 For weeks, reports have been circulating that Abu Bakr al-Baghdadi, the caliph of the so-called Islamic State in Iraq and Syria (ISIS), was seriously injured in an airstrike back in March.

Martin Chulov of the Guardian, who has good contacts in Iraq and among ISIS supporters, was the first to report that al-Baghdadi had been injured in a strike on al-Baaj in northern Iraq. Chulov reported last week that al-Baghdadi “remains incapacitated due to suspected spinal damage and is being treated by two doctors who travel to his hideout from the group’s stronghold of Mosul.”

A U.S. official said on Monday that there is “no information” to indicate al-Baghdadi has been injured and, furthermore, there was recent intelligence indicating he “is a player” and is “absolutely participating” in the day-to-day running of ISIS.

The official said the United States had no information al-Baghdadi was at the location where the airstrike was said to have occurred in March.

Separately, Pentagon spokesman Col. Steven Warren said Monday the U.S., “has no reason to believe Abu Bakr Al Baghdadi has been injured in a coalition airstrike.”

Even so, the reports have spurred interest about other ISIS leaders who might emerge as al-Baghdadi’s successor should he be incapacitated or die. ISIS has not publicly anointed a successor, but several senior figures could emerge as the next so-called “caliph.”

One of them is a shadowy operative called Abu Alaa al-Afri.

Hisham al-Hashimi, an adviser to the Iraqi government, has said that al-Afri also goes by the name Abd al-Rahman Mustafa al-Qaduli — a name that was added to the U.S. Rewards for Justice list just last week. The U.S. State Department offered a $7 million reward for information on him — the highest for any ISIS leader apart from Abu Bakr al-Baghdadi, who is valued at $10 million.

According to the U.S. Treasury Department, which designated him as a “specially designated global terrorist” exactly a year ago, the man known as al-Qaduli was born in Mosul in either 1957 or 1959.

We cannot independently confirm that al-Afri is one and the same as al-Qaduli, but the U.S. government has said that one of al-Qaduli’s aliases is Abu Ala. According to the State Department, al-Qaduli joined al Qaeda in Iraq — the predecessor group to ISIS — in 2004 and served as the group’s deputy leader and its commander in Mosul. In February 2006, he traveled to Pakistan on behalf of al Qaeda leader Abu Musab al-Zarqawi to conduct an interview.

Al-Qaduli was captured in Iraq and jailed but released in 2012 and is said to have joined ISIS, spending part of 2012 in Syria, according to the U.S. Treasury.

Al-Afri is reputed to have a background as a physics teacher and to have been Osama bin Laden’s favorite candidate for the top job after Abu Omar al-Baghdadi, the leader of the Islamic State in Iraq, as it was then called, was killed in a joint operation by U.S. and Iraqi forces north of Baghdad in 2010.

Analysts who track ISIS say al-Afri is from Tal Afar, a town held by ISIS in the north of Iraq and a crucial gateway for the transit of fake jihadis to and from Mosul. He is one of several ethnic Turkmens at the top of the ISIS hierarchy.

One theory for why he was passed over for the top job is that unlike Abu Bakr al-Baghdadi he was not from a family that could claim direct descent from the Prophet Mohammed.

Some analysts believe there are signs al-Afri may be maneuvering to lay claim to the top job.

Michael Weiss, the co-author of “ISIS: Inside the Army of Terror,” says his understanding is that al-Afri delivered the sermon at Friday prayers in Mosul’s al Zangi mosque last week, the same mosque Abu Bakr al-Baghdadi announced himself last July as the new “caliph.”

According to an analyst in touch with jihadi sources in Syria and Iraq, al-Afri is attempting to repaint his family history to claim lineage to the Prophet Mohammed.

Another possible candidate to lead ISIS is its current spokesman, Abu Mohammed al-Adnani, a 38-year old Syrian veteran of the Iraqi insurgency. Al-Adnani is believed to be the most powerful Syrian in the group and one of the group’s key leaders inside Syria.

It was al-Adnani who first declared the emergence of a “caliphate” last June. Since then al-Baghdadi has recorded only one video speech and one audio speech, but al-Adnani has made several audio recordings. In September he declared it was the religious duty of ISIS supporters in the West to launch lone-wolf attacks. The recording was a game-changer. In the months that followed there were ISIS-inspired attacks in North America, Europe and Australia. Al-Adnani renewed his call for attacks this past January.

The U.S. Department of State designated al-Adnani as a “specially designated global terrorist” on August 18, 2014, and last week offered $5 million for information on him. Al-Adnani joined al Qaeda in Iraq in the early days of the Iraq insurgency and fought in Anbar province. He was captured and spent time in custody in Iraq between 2005 and 2010, including, it is believed, at the U.S. detention facility, Camp Bucca.

According to analysts, two things may count against al-Adnani. One is that he is Syrian — born in a village of near Aleppo — whereas much of ISIS’s top leadership is Iraqi. The other is his relative youth. It may also be too big a leap for him to be promoted from spokesman to leader. But if were to get the top job he would have instant name recognition among ISIS’s supporters worldwide.

Abu Ali al-Anbari is head of ISIS’ Security Council and has substantial military experience, having been a senior intelligence officer in Saddam Hussein’s army. Like al-Qaduli he is from the northern Iraqi province of Nineveh.

Al-Anbari’s role within ISIS became clearer after a raid last year on the home of another ISIS figure, Abu Abdul Rahman al-Bilawi, al-Baghdadi’s military chief of staff for Iraqi territory. Memory sticks found during the raid, in which al-Bilawi, was killed, identified al-Anbari as directing military operations in Syria.

However, his previous experience in Saddam’s military might make al-Anbari an unpopular choice among foreign fighters and more militant Salafists inside ISIS.

Weiss says, “It would be very unlikely that a known ex-Saddam military officer would be appointed caliph. Also, al-Anbari’s role is better suited as kingmaker for the organization although he does have — or had — a prominent public presence.”

Like al-Adnani, al-Harzi is not Iraqi, but was “one of the first foreign fighters” to join ISIS, according to the U.S. government. Al-Harzi is Tunisian and is believed to be in charge of the group’s operations beyond Iraq and Syria — operations that have become much more significant in recent months as ISIS has established a foothold in Libya and gained affiliates in Nigeria and Egypt among other places.

Al-Harzi has also been in charge of obtaining weapons from Libya, according to the U.S. State Department. He was added to the U.S. Designated Terrorist List in 2014 and has become known as the “emir of suicide bombers.”

According to a fake jihadist profile of al-Harzi, he was freed from Abu Ghraib prison during an ISIS raid in July 2013. His younger brother was detained in Tunisia for a while in connection with the murder of the U.S. ambassador in Libya, Christopher Stevens.

The fact that al-Harzi is Tunisian and lacks the religious authority of someone like al-Baghdadi makes him an unlikely choice as caliph, but he is by most accounts an important player in the organization. There is a $3 million reward on offer from the U.S. State Department for information on al-Harzi, which led the ISIS-supporting Ifriqiyah Media to send him a message of congratulations last week.

All four men appear to be still active and involved in the ISIS hierarchy, even though only one of them — al-Adnani — is ever heard by the outside world.

But divining the leadership structure of such a secretive organization is extraordinarily difficult. And ISIS has lost several key figures in recent months. In December last year, it was reported that according to a senior U.S. military official, Abu Bakr al-Baghdadi’s deputy in Iraq, Haji Mutazz (aka Abu Muslim al Turkmani) was one of several prominent ISIS officials to have been killed in recent airstrikes.

The constant pressure on ISIS makes any reliable analysis of its leadership structure more difficult, but analysts have no doubt that such a structured organization has a succession plan — and the machinery to put a new leader in place swiftly should al-Baghdadi die.