Friday meeting in Silicon Valley will discuss ways to use technology to stop ISIL from radicalizing people online. 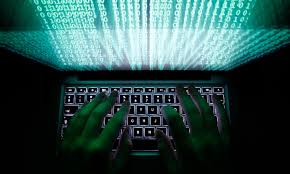 The White House is dispatching top national security officials to Silicon Valley to seek the tech industry’s help in disrupting the Islamic State in Iran and the Levant (ISIL) and similar armed groups.

On Friday, industry leaders and government officials will discuss ways to use technology to stop terrorists from radicalizing people online and spurring them to violence, according to a meeting agenda obtained by The Guardian and The Associated Press.

The meeting in San Jose, California, comes as the Obama administration tries to beef up cooperation with social-media groups and online companies whose platforms are often used by ISIL to attract followers, disseminate their message and organize attacks.

President Barack Obama said in a recent speech that he planned to “urge high-tech and law enforcement leaders to make it harder for ISIL and others to use technology to escape from justice” and the pressure on technology firms to do more to combat online efforts of these groups follows attacks in Paris and elsewhere that have underscored the role played by social media.

Twitter last week updated its policies for policing its content to explicitly prohibit “hateful conduct.” Other websites have similarly updated and clarified their abuse policies within the past 18 months.

It’s unclear what will come of the meeting: While tech industry leaders say they want to be good citizens, they don’t want to undercut free speech or be viewed as government agents any more than they want to support so-called “keyboard warriors” lurking behind anonymous accounts. And tech leaders have clashed with the Obama administration before over encryption of online data and messages.

Attorney General Loretta Lynch, FBI Director James Comey and Director of National Intelligence James Clapper are slated to attend the session, along with Obama’s chief of staff and his top counterterrorism adviser.

At Friday’s session, government officials are expected to brief industry leaders on how groups like ISIL use technology, including encryption. They also hope to discuss ways to make it harder for them to use the Internet for recruiting and mobilizing followers.

Also on the agenda is a discussion of how the government and tech companies can “help others to create, publish, and amplify alternative content that would undercut” ISIL.

Another item is to identify ways for law enforcement to better identify the groups online and stop them from carrying out attacks.

Some of those goals may lead to uncomfortable discussions. Leading Internet companies say they remove violent or threatening content that violates their policies, but they are reluctant to infringe on free speech.

They also cite technical challenges to monitoring or policing the vast mountains of messages, photos and other material that are posted on popular online sites, a collection so vast that many argued in the wake of the recent Paris attacks that intelligence failed because authorities were actually awash in data — with “too many potential suspects on too many lists,” wrote one analyst.

And particularly after the revelations two years ago about widespread data-gathering by the National Security Agency, tech companies are concerned about making sure that customers around the world don’t see them as agents of the U.S. government.

The government, however, says that digital platforms are increasingly becoming tools of radicalization used by ISIL, a group Obama recently denounced as “bunch of killers with good social media.”