You are here: Home / Analysis / Where did the lebanese state go? 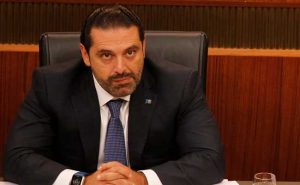 If you live long enough, nothing will surprise you. So it was that when Lebanese Prime Minister Saad Hariri resigned during an unannounced visit to Saudi Arabia, few within Lebanon’s political society, already scarred by war and bruised by civil strife, were truly shocked, like reported by middle-east-online.com.

However, like seagulls following a trawler, speculation trailed Hariri’s stepping down. For some, his departure points to the renewed vigour and direction of Saudi Arabia’s foreign policy. For others, as they seek the public stage to bemoan the seemingly forced exit of one of Lebanon’s most prominent politicians, they secretly mourn the loss of a political watchdog who had assumed the role of silent partner. For a public beset by corruption, a failing economy and civil unrest, the country’s long-promised elections stand as a desperate, if diminishing, respite from the uncertainty of the present.

On the surface, Hariri’s resignation November 4 led many to believe that it had been forced by his Saudi patrons, who gave him no choice but to announce the dissolution of his alliance with Lebanese President Michel Aoun, a Hezbollah ally, in such dramatic fashion. At the time of their union, the political marriage between Hariri and Aoun had been touted as having been undertaken with the blessing of the international community, including Hariri’s sponsors in Riyadh and Hezbollah’s allies in Tehran.

However, like an errant husband, Hezbollah soon strayed, committing to hostile action in Kuwait, Saudi Arabia and the United Arab Emirates and increasing its military commitment to Bashar Assad in Syria. While Aoun was keen to explain and justify these actions, Hariri stood silent.

“Essentially Saad Hariri lost his political purchasing power as an ally to the Saudis,” Slim said, “especially after he proved useless in standing up to Hezbollah and its hostile acts.”

Slim characterised the new Saudi policy as a shift from “its former practice of outsourcing its Lebanese agenda to local Sunni families and actors,” saying they have now “opted to do it themselves and thus Hariri has been downgraded to a tool rather than a political contractor.”

Ironically, those who most publicly mourned Hariri’s departure were the same factions whose ambitions his position had been intended to check, namely Aoun and Hezbollah Secretary-General Hassan Nasrallah. Behind their crocodile tears lies the inescapable fact that both Aoun and Iran’s other Lebanese allies had lost the Sunni cover that Hariri and his political career had afforded them.

As Lebanon looks internally for the answers for Hariri’s departure, it omits the wider world in which it exists and the Saudi petrodollars that have been keeping it afloat for years with little or nothing offered in return. If anything, Hariri’s departure has proven that it is not enough to simply stay silent and look to the international community to check Hezbollah and Iran’s expansion when the expectation is that these things must be opposed and opposed publicly.

Looking forward, many of the Lebanese factions say that Hariri’s resignation, despite its magnitude, can be sidestepped and a new government formed. Many of the proponents of this school fail to recognise that a more sensible direction is to allow Hariri’s government to execute its caretaker duties and carry the country towards the election of a much-needed new parliament.

Khalil Gebara, the interior minister’s adviser for election affairs, said: “We at the ministry are capable of running the elections on time, provided all factions concerned have the political will to see it through.”

Gebara, who previously served on Hariri’s team, added that “despite the many logistical and political challenges of parliamentary elections, it might still be easier to conduct than trying to conjure up a new weaker cabinet.”

Hariri’s resignation and all that went into its details unquestionably mark a watershed moment in the history of Lebanon. However, rather than worrying about where Hariri is and what happened with him in Riyadh, the Lebanese are better asking themselves where the Lebanese state is and how can we bring it back from its local and regional captors.