You are here: Home / MidEastGulf / When the pigs are stronger than Islamic State fighters: 3 militants killed by wild boars in Iraq 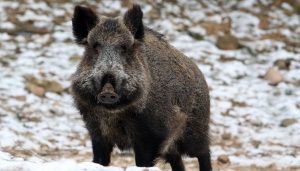 At least three militants of the Islamic State of Iraq and Syria (ISIS) terrorist group were killed by wild pigs near Kirkuk city of Iraq, it has been reported.

According to the local media reports, the incident took place in the vicinity of Al-Rashad area as the militants were trying to remove the wild boars from a farmland.

The reports further added that the incident took place late on Sunday night and at least five militants were also wounded.

A tribal elder who is also supervising anti-ISIS fight, Sheikh Anwar al-Assi, told the Iraqi Times newspaper that the extremists were planning an ambush attack on local tribesmen who had formed anti-terrorist brigades.

He said the tribesmen had fled to the mountains when IS captured the nearby town of Hawija three years ago.

In the meantime, reports suggest that the ISIS militants also took revenge against the killings of their comrades but no further details are available.

According to reports, the ISIS militants are still in control of some remote parts of Kirkuk city and often carry out attacks against the government and anti-ISIS groups.

The group launched a major attack on Kirkuk city late last year which was repulsed by the security forces, incurring heavy casualties to the insurgents.

The latest attack attempt on Kirkuk city was apparently made to destabilize the region as the Iraqi forces are busy conducting operations to retake the major Mosul city.