You are here: Home / Analysis / What the Taliban takeover in Afghanistan means for Islamic State supporters in Indonesia 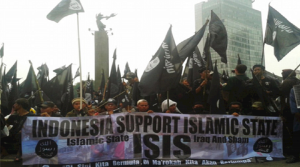 The “euphoric” response to last month’s fall of Kabul to the Taliban by some Indonesian Islamist groups aligned with al-Qaida (AQ) has not been observed to the same extent in the online domains of Indonesian extremists supporting the Islamic State (IS), like reported by thediplomat.com. This is perhaps unsurprising, given that the Indonesian militant landscape has long been divided into two camps: one that supports IS and another that is loyal to AQ, which had rejected the legitimacy of the IS “caliphate” declared in Syria and Iraq in mid-2014. It is clear that the Indonesian IS supporters’ dismissive response to the Taliban victory mirrors the official statement of IS central and its affiliates. In this light, the question is whether Taliban-ruled Afghanistan will become the next destination of IS supporters for hijrah (migration) and jihad.

The Response of Indonesian IS Supporters

The authors’ observation is that the majority of the Indonesian pro-IS online community has consistently labelled the Taliban as murtad (apostates), for the following reasons. First, in terms of religious practice, many Indonesian IS supporters regard Taliban as musyrik (polytheist), and refer to the Taliban’s religious practice of visiting graves to pray for the deceased as an example of shirk (idolatry or polytheism), as explicated in the “Muqoror fit Tauhid” (Curriculum of Tauhid) handbook.

The book, which equates musyrik with being kafir (unbelievers), offers an interpretation of IS ideology by the most prominent Indonesian IS ideologue, Aman Abdurrahman, supreme leader of the Jama’ah Ansharud Daulah (JAD), the largest pro-IS network in Indonesia. Court documents of detained IS supporters in Indonesia showed that the handbook has been widely used as an ideological reference, especially by the JAD. Aman himself was sentenced to death in 2018 for various JAD attacks in Indonesia.

Second, mirroring IS and its affiliates’ official statements and publications, certain Indonesian pro-IS supporters on social media believe that the Taliban’s governance is not a true Islamic State given that it is based on nationalism. The International Centre for Political Violence (ICPVTR)’s Informatics research shows that in April 2020, the IS Yemen affiliate released a 52-minute video titled “An Excuse Before Your Lord.” One of the five points highlighted in the video was a condemnation of the Taliban for conducting peace negotiations with the United States and pledging to not fight the “Crusaders” (i.e. the U.S. and its Western allies).

The video also berated the Taliban for continuing to combat the IS affiliate in Afghanistan, the so-called Islamic State Khurasan (ISK, or ISIS-K). Some supporters in Indonesia have recently echoed such sentiments online, including highlighting a claim that the Taliban had killed a local ISK commander who was imprisoned at Pul-e-Charkhi – the largest detention center in Afghanistan, from which the Taliban released thousands of prisoners on August 15.

Third, some Indonesian supporters have described the Taliban as pro-Shia and protective of the Shia community, despite its Sunni foundation. A video on the Taliban greeting the Shia community and promising that the latter can celebrate Assyura (a major Shia religious commemoration) safely under its government was circulated online among the Indonesian pro-IS community. The “Muqoror fit Tauhid” handbook also categorizes the Shia as unbelievers.

Based on the authors’ observations of the online interactions among the Indonesian pro-IS community, adhering to the IS official stance against the Taliban is compulsory in order to be acknowledged as a “true” IS supporter. Failing to do so has resulted in being bullied or apostatized by certain hardline Indonesian pro-IS segments.

The Fall of Kabul and the Propensity for Hijrah

Whilst it remains to be seen if ISK can make more inroads in Taliban-ruled Afghanistan, at least three factors may affect whether Indonesian IS supporters will continue hijrah to Afghanistan.

The first factor is official directions from IS. The Indonesian IS supporters will likely refer to IS and its affiliates’ statements and publications before making a decision of whether to undertake hijrah. This occurred in mid-2016 following the release of an official IS video that featured several Southeast Asian IS fighters based in Syria calling on their followers in the region to migrate to the Southern Philippines and join the IS affiliate there. This was manifested a year later, when around 40 Indonesians were detected operating in the Philippines, at the height of the Marawi siege, when pro-IS groups in the Philippines occupied the city of Marawi from May to October 2017. In March 2018, the ISK also released a 25-minute video calling Muslims worldwide to come to Afghanistan if they cannot reach Syria and Iraq.

The second factor is the availability of Indonesian fighters based in Afghanistan who can act as facilitators in conveying IS’ hijrah and jihad narratives to their Indonesian followers. The most current estimate is that there are 23 pro-IS Indonesians in Afghanistan, 11 of whom were imprisoned. Seven of the latter are believed to have escaped from the Pul-e-Charkhi prison. The role of hijrah facilitator was previously assumed by Abu Walid and Saefulah, Indonesian fighters based in Syria and Afghanistan respectively. As shown in the court documents of Muhammad Aulia, an Indonesian deported from Bangkok while en route to Afghanistan in mid-2019, his IS fighter facilitator Saefulah was effective in influencing his decision to migrate to Afghanistan. In that instance, Saefulah had conveyed that an IS tamkin (territory) has been established in Afghanistan. Aulia then persuaded eleven others, including his own family members, to migrate to Afghanistan and join ISK instead of going to Syria as originally planned.

The final factor in determining whether Afghanistan becomes a magnet for Indonesian would-be jihadis is how IS defines its enemy in Afghanistan following the U.S. withdrawal . According to ICPVTR Informatics research, IS, in its Al-Naba’ editorial in September 2020, described the Taliban as the “near enemy.” As the U.S. – the “far enemy” – has left Afghanistan, Indonesian IS supporters now believe that the Taliban is the ISK’s only remaining enemy. Yet, Afghanistan as a possible destination for hijrah by Indonesian IS elements significantly lacks a pull factor in terms of grievances against the near enemy (the Taliban), compared to Syria (Bashar Assad’s regime). While the Syrian government has conducted atrocities against millions of its Syrian Sunni Muslim population, some of the Taliban’s brutalities have also targeted the Shia minority in Afghanistan. In addition, IS has portrayed itself as the defender of the Syrian Sunni Muslims, something that has drawn foreign fighters to its cause. However, IS has not offered a similar narrative in the Afghanistan context recently.

Afghanistan’s “attractiveness” as a destination for hijrah may be elevated if Indonesian ideologues or pro-IS cell leaders reinforce the notion of the Taliban as being the “near enemy” in closed-door pro-IS study sessions. While thus far the intention to undertake hijrah has not been observed in some Indonesian pro-IS online domains, it is clear that the “Muqoror fit Tauhid” handbook has obliged IS supporters to wage war against the apostate – and the Taliban fits this definition, as evinced by current Indonesian IS reactions.