You are here: Home / Senza categoria / What poker tells us about Islamic State’s changing strategy 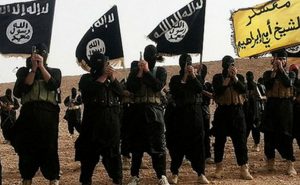 Discussions concerning the Islamic State in Iraq and Syria (ISIS) have lately shifted to when, rather than if, the group will ultimately be defeated. After being pushed out of longtime strongholds in places like Mosul and Raqqa, the group no longer appears to pose the kind of entrenched threat that prompted the intervention of global powers just a few short years ago. Surprisingly, the game of poker offers important lessons about the group’s changing strategy amid its current circumstances. One reason why poker is such a popular game is because it offers players with weak hands the opportunity to turn the tables on stronger opponents. While ISIS undoubtedly weakens with every passing day, the potential threat it poses remains at an all-time high. If the global community no longer takes this threat seriously, or shifts attention to other issues, ISIS could successfully reverse its fortunes, like reported by eurasiareview.com.

The most important rule of thumb for poker players is to never place a bet when the odds of winning are smaller than the expected payoff. For instance, when the odds of winning a hand are 4 to 1, and the expected return on a bet is 3 to 1, experienced players know to avoid wagering their money. This is known as the “Strict Calculation Matrix” and it ensures that players only place bets when they are in a relatively strong position. But there is one important exception: the concept of “implied odds.” If additional cards are to be drawn, the future (implied) odds could change in a player’s favor, even if that player currently holds a losing hand. This is often the case in many popular variants of poker, such as Texas Hold ‘Em. Players with weak hands therefore continue to bet based solely on their expectations of the future.

All terrorist groups, including ISIS, hold weak hands. While ISIS finds itself in a particularly dire situation at the moment, the group has always been in a position of weakness relative to its enemies. Even at its strongest, such as when the group seized Mosul, ISIS anticipated a day when it would be strong enough for a large-scale fight against the governments of Syria, Iraq, and their allies. The most important clue to this anticipation of the future is their intense focus on apocalyptic prophecies. In fact, the title of the group’s former online publication, Dabiq, was named after the prophesied site of Armageddon. But today, with its military forces routed, ISIS’s apocalyptic visions seem more distant than ever, and the concept of implied odds especially relevant.

With its conventional capabilities diminished and territorial control slipping away, ISIS is likely to refocus its energies on surviving until it can fight again in the future. To do this, its best chances lie in transitioning from an experiment in state-building to a low-level insurgency relying primarily on terrorism. But to successfully reverse its fortunes, it needs a “big hand” to get back in the game—an attack or set of attacks so shocking that it demonstrates the group’s resilience to both enemies and supporters. To accomplish this, the group is pursuing two important strategies.

First, ISIS is accelerating its calls to the “soldiers of the caliphate” around the world, hoping to inspire individuals to commit brutal attacks. The group still maintains sophisticated media and communications operations which it is leveraging to encourage sympathizers to launch attacks, particularly in Western countries. This strategy has generated the few high-profile attacks for the group in recent months, such as December’s subway bombing in New York City. Expect such attacks to become more, rather than less, frequent in the coming months.

Second, despite its declining operational capacity, the group is likely more focused than ever on planning a major, catastrophic terrorist attack. Just as the 9/11 attacks served to reinvigorate al-Qaeda, ISIS is undoubtedly hoping to pull off an attack so sensational and so barbaric that it would shore up support and re-brand the group as a growing, rather than declining, threat. We know that the group tried to access a nuclear power plant in Brussels, for instance, but a devastating, headline-grabbing attack could be carried out in a variety of ways.

These strategies are risky, of course, but they offer the best chances for the emergence of “ISIS 2.0.” And since the strategies rely on terrorist attacks to salvage the credibility of the organization and attract new supporters, the true demise of the organization cannot be achieved through military means alone. Like all terrorist organizations, the key to ISIS’s decisive defeat lies in comprehensive and sustained military, diplomatic, legal, and communications operations. This includes redressing the grievances of the populations in Iraq, Syria, and elsewhere who are most attracted to the group’s messaging. If the U.S. and its allies turn their attention to other problems around the world, as lately seems to be the case, ISIS might launch that one attack that shifts the odds back in its favor. As Boko Haram has demonstrated in Nigeria, terrorist groups thought to be “defeated” may only grow more violent. The U.S. and its allies should make a sustained, long-term commitment to ensuring that ISIS’s weak hand never improves.