You are here: Home / Senza categoria / What Islamic State’s plan to gas an australian plane means for aviation security 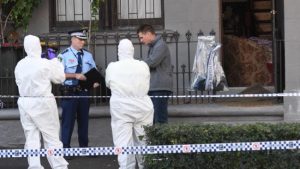 Airport authorities in Australia tightened security at terminals across the country. Why? A foiled plot to bring down a plane inspired, and even directed, by the Islamic State militant group (ISIS), like reported by newsweek.com.

Police charged two Lebanese men, Khaled Mahmoud Khayat, 49, and Mahmoud Khayat, 32, on Thursday in connection with the conspiracy, specifically acts done in preparation for or planning a terrorist act.

Security services have remained tight-lipped about the finer details of the plot, at least in public. However, counterterrorism sources have told the Australian pressthat the plan was elaborate and used a method rarely seen by top aviation experts: gas.

“I’m not familiar with one, and I’m pretty well-versed on quite a few,” says Jeffrey Price, professor at Metropolitan State University of Denver and one of the world’s top aviation security experts. “Tear gas or mace, something like that. Sure, we’ve seen that before.”

Gassing the entire plane, but with the attackers somehow remaining alive, would allow them to commandeer the aircraft and bring it down or crash it into a target in similar fashion to the 9/11 attacks in New York City. A plot involving a domestic Australian flight is an evolution of ISIS’s planning in the country, where it has instead inspired attempted bombings and individual knife attacks.

Extremist plots targeting airlines have typically involved the smuggling of explosives onboard, not gas. The deadliest in recent years have been executed with different types of explosives. In 2004, two suicide bombers set off devices on separate domestic Russian flights carrying a total of 90 people, none of whom survived. In October 2015, explosives hidden inside a can brought down a Russian airliner over Egypt’s Sinai Peninsula, killing more than 200 people onboard.

Foiled plots have also centered on explosives, such as the “shoe bomber” Richard Reid in December 2001 and the “underwear bomber” Umar Farouk Abdulmutallab in December 2009, who both failed to successfully detonate their explosives.

The use of a poisonous gas presents a new front in aviation security and the battle to protect passengers.

“The gas element is very difficult to locate as a metal detector won’t react, and if you put it in an X-ray machine you have got nothing to see,” says Pini Schiff, former head of security at Israel’s Ben Gurion Airport, considered one of the safest airports in the world.

The threat is undoubtedly serious. Yet experts say a plot involving gas is so elaborate that the chances of a chemical weapon being smuggled onto a plane are incredibly slim. The attackers would need to smuggle on board not only the gas but also a device to emit the gas, as well as an activator. They would also need a way for them to breathe amid the chemicals, such as a gas mask.

“Gas itself is not enough. You need a detonator. You need batteries. You need a liquid in touch of it,” says Schiff.

Attackers would not likely carry a ready-made device on board. Instead, they’d bring it in parts to be constructed mid-flight. There are reports that the attackers considered using a meat grinder to disguise gas or explosives.

“It’s not as simple as probably Hollywood would make it seem,” says Price. “You’re not going to be able to detect those chemicals with technologies, but you will hopefully detect the elements that they would need to create and trigger such an attack.”

The brazen nature of the plot and the rarely used method make it unusual. It also demonstrates that bringing down an airliner remains the holy grail for jihadi groups wishing to attack Western countries. However, the attempt to use gas will not lead to any major changes in your stroll through the departure lounge and security hall at your airport anytime soon.

“It forces us to take a look at it, but I don’t foresee a new wave of technology coming out to sniff out chemicals that could be taken on a plane,” Price concludes. “It’s just too complex.”