You are here: Home / Analysis / What is Turkey’s real goal in northern Iraq’s Kurdish region? 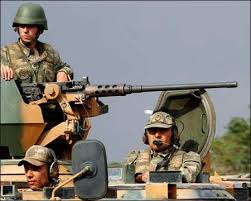 Over the last several years, Turkey has widely expanded its role in northern Iraq’s autonomous Kurdish region. Turkey had maintained bases and a presence in the area for decades, dating back to the 1990s, a result of Turkey being enabled to expand into Iraq as the Iraqi state weakened, like reported by jpost.com.

Ankara claims to be fighting the Kurdistan Workers Party (PKK) in an “anti-terror” war. However the PKK’s use of terrorism in Turkey has been reduced to nearly zero incidents. Ankara resorts to inventing stories about “terrorism” and blaming the PKK for incidents that it is likely not linked to in order to justify Turkey’s widening role.

In fact, what is interesting about Turkey’s growing role in northern Iraq is that it does not correlate with any kind of increased “terrorism.” There are no terror attacks in Turkey, yet the fewer attacks, the more Turkey has invaded Iraq and also Syria. This means the war Turkey is waging likely has nothing to do with an actual threat.

Turkey, which frequently slams Israel for conflict with the Palestinians, is engaged in one of the most disproportionate wars, using massive firepower and drones and illegal occupation under international law to strike at Kurdish fighters, in some cases where the alleged “terrorists” do not even exist.

This leads to questions about what Turkey’s real goal is. Pro-Ankara voices will claim that Turkey suffers an “existential” threat from the PKK. Perhaps decades ago when the PKK insurgency was larger and actually existed in Turkey, this was the case. As recently as 2015, when Turkey’s leading AKP party ended a ceasefire with the PKK and held two elections in a row to try to reduce the role of the left-leaning HDP party in parliament, a widening conflict broke out.

This is a complex story. Western officials, including the US, backed Turkey’s war against the PKK as part of the global war on terror. At the same time, Ankara was encouraged to enable opposition parties to play a role in the country, such that disaffected Kurds who might have embraced the PKK could choose the ballot box instead of resistance.

Indeed, many Kurds backed the AKP in the early 2000s and there was a major opening for Kurdish language and other Kurdish issues in Turkey. The HDP, which has many Kurdish backers, crossed the 10% threshold to enter parliament. This appeared to be what everyone wanted: peaceful elections and a new leaf in Kurdish relations in Turkey.

But the ruling AKP Party and Turkish President Recep Tayyip Erdogan thrive on war and crisis. Abandoning a peace policy and “no problems with our neighbors,” Erdogan began to mobilize the army for operations in Syria and, increasingly, Iraq, as well as lead a brief war in Turkey against the PKK in 2015 and 2016. The result was that Turkey began arresting opposition members of the HDP, crushing Kurdish activists and was soon ethnically cleansing Kurds from Afrin, and sending drones and F-16s to bomb Iraq.

Ankara’s increased war was backed by key officials in former US president Donald Trump’s administration who were pro-Turkey. Turkey also argued that the US-backed Syrian Democratic Forces in Syria were linked to the PKK. Toward that end, Turkey argues that the YPG, a part of the SDF, are “YPG/PKK terrorists.”
Turkey upped its attacks on the YPG in Syria to pressure the US to leave. When the US wouldn’t leave, Turkey increased operations in Iraq, hoping to isolate the YPG and PKK by cutting off Iraq from Syria. Turkey lobbied to keep the borders closed.

This is made more complex by the role of the Kurdistan Regional Government in northern Iraq. Led by the Kurdistan Democratic Party (KDP) and Patriotic Union of Kurdistan, the KRG is a successful autonomous region, with its own airports and security forces. Turkey’s increased fighting in Iraq has the potential to destabilize the KRG and erode its autonomy. As Turkey expanded its bases in the Kurdish region, it appears that PKK tensions with the KDP also increased.

For critics of the PKK this illustrates how the presence of PKK fighters in Iraq, usually in a mountainous area called Qandil, undermines Kurdish autonomy. Critics ask the PKK and Turkey to keep their fight in Turkey. But for others the story is more complex, asserting that Turkey and the KDP work closely together. For years Turkey was a major economic lifeline to Erbil and northern Iraq, creating natural shared interests between the KRG and Turkey. But Kurds were always wary of Turkey’s ambitions in northern Iraq, especially if Ankara uses the presence of the PKK to increase its influence.

The question remains as to Turkey’s real goal. It claims to want to defeat the PKK entirely, which would mean more bases. But Turkey’s threats don’t stop with Qandil; it wants to bomb Sinjar and Makhmour refugee camp, and isolate and destroy the Kurdish region of Syria, which is called Rojava. Turkey openly told the UN in the fall of 2019 that it wanted a “buffer zone” or “safe zone” in Syria, sketching out a map where Turkey would take control of all the Kurdish cities in northeast Syria, depopulate them and settle several million Arab refugees in those areas.

Turkey did this, a total ethnic cleansing, of Afrin, removing 170,000 Kurds and putting Turkish-backed Syrian Arab and Turkmen militias there. The UN and NATO, which once opposed similar ethnic cleansing in the Balkans in the 1990s, supported or excused Turkey’s actions.

In northern Iraq, Turkey’s bombardment has caused many villages to be depopulated. But Turkey’s goal here is not to resettle the area. Rather it appears Turkey is prodding Erbil into greater conflict with the PKK, hoping to create a Kurdish civil conflict. Such a conflict happened in the 1990s between Kurdish groups. Turkey benefits when Kurds fight each other and when it can pretend to be fighting “terrorism” to increase its occupation and bases abroad.

The question is whether Turkey’s end goal in northern Iraq is to reduce the autonomy of the KRG or to prod the KDP to fight the PKK, and in so doing, in Turkey’s view, end the presence of the PKK in the mountains, or at least shift the conflict. Turkey ostensibly does not have too many shared interests with Baghdad because Ankara has generally not gone along well with the pro-Iran militias in Iraq that are backed by Baghdad.

While Turkey gets along with the Iranian regime, the rhetoric of the Iranian-backed militias in Iraq is that they view Turkey as an aggressor. Many of them have bad memories of the days when Ankara enabled tens of thousands of ISIS members to cross into Syria and invade Iraq. They know that Ankara’s regime feels comfortable with ISIS-style jihadists who would ethnically cleanse Shi’ites.

This means that Ankara prefers the KRG to balance Baghdad, at least in the near term. But Ankara’s role also appears to undermine the KRG at the same time and Ankara has not spelled out its final goals in Iraq. There was a time Turkey wanted to play a larger role in Kirkuk and Mosul. It has not shown much interest in those cities these days.

It remains to be seen what its next moves are.