You are here: Home / Analysis / What Iraq’s recent moves against Kurds mean for region (and Israel) 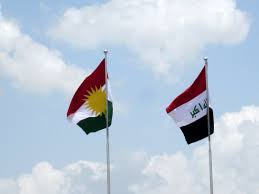 On Sunday, Iraq Prime Minister Haider al-Abadi began a historic visit to Saudi Arabia, where he is meeting the king of Saudi Arabia and US Secretary of State Rex Tillerson.

It came at the same time that Iraq is strengthening its control over disputed areas seized from the Kurdistan Regional Government over the last week, like reported by jpost.com. The intentional weakening of the Kurdistan region comes less than a month after it held an independence referendum and has wide implications for the region. This affects Israel as well because of Jerusalem’s opposition to Iranian hegemony.

The main affect of Iraq’s decision to take back disputed areas from the Kurdistan region has been to reduce the areas the Kurds controlled and liberated over the last three years battling ISIS.

In addition Iranian influence has played a central role through Islamic Revolutionary Guard Corps Quds Force commander Qassem Soleimani’s role in advising and attempting to broker a deal with some Kurdish officials to give up control around Kirkuk.

Despite conflicting accounts from different Kurdish and Iraqi officials, the result was that the Kurdish Peshmerga withdrew in the face of overwhelming firepower the Iraqi army brought to bare, including US-made tanks and Iranian-backed Shi’ite militias such as Asa’ib Ahl al-Haq.

This has weakened the Kurdistan Regional Government’s hand after the referendum, depriving it of a major city and half its oil revenue. The Peshmerga, lauded as a partner for fighting Islamic State, were not able to stand up to the partly US-trained Iraqi army, which has re-drawn the power relationship between Erbil and Baghdad.

While the US is concerned about clashes between Kurdistan forces and Baghdad and called on both sides to “cease all violence,” it is not making the crises a priority. Instead the priority lies in Riyadh.

The US is working to bring Baghdad to Riyadh and encourage it to grow closer to the Saudi alliance system in the region, the Iranians have other plans.

They see the conquest of Kirkuk as a means to expand influence through the Shi’ite militias, which are part of the Iraqi government.

This includes sending those militias, called the Popular Mobilization Units, to the Syrian border near Rabiah, potentially cutting off the Kurdistan region of Iraq from the Kurdish region of Syria.

The recent crises has Jerusalem concerned because Israel fears an Iranian “road to the sea,” the arc of Iranian influence that goes from Tehran through Iraq to Syria and Lebanon, connecting the IRGC to its proxies and allies such as Hezbollah. A Hezbollah official recently celebrated what he called a  “Kurdish defeat” by Iraq as a victory.

Prime Minister Benjamin Netanyahu spoke with Russian President Vladimir Putin and German Chancellor Angela Merkel about not letting the Kurdistan region be further destabilized. So far that has not produced results, although Russia is invested in the Kurdistan region via its Rosneft government oil firm. Israel is concerned about Iran being emboldened by another victory in Iraq at the same time that a Hamas delegation is in Tehran.

The logic of US diplomacy now is to work with regional powers Turkey and Saudi Arabia on what happens in Syria and Iraq. The US is trying to patch up a visa row with Ankara. This leaves US allies in Syria – the Syrian Democratic Forces, which includes many Kurdish fighters – wondering what comes next as well. They recently liberated Raqqa from ISIS and are pushing toward the Iraqi border.

However they have seen what happened to the Kurdistan Regional Government, and the ease with which the Iraqi central government and Iran hobbled it. Iraq shut down the Kurds’ two international airports and has moved to impose other controls that would reduce its autonomy to 2003 levels. The SDF in Syria has just gained a bit of autonomy in the last years fighting ISIS, now it wants reassurances that in the post-ISIS region it will have friends.

The results of Iraq’s moves against the Kurdistan region also seem to fly in the face of US President Donald Trump’s stated foreign policy to roll back Iranian influence throughout the region. Instead of rolling back, Tehran and its allies are moving forward using chesslike stratagems to outplay their enemies.

As the US appears to not stick by its word regarding Iran, Jerusalem will wonder if Iran’s allies such as Hezbollah and Syria might sense weakness.