You are here: Home / Europe / What do Europeans think about Muslim immigration? 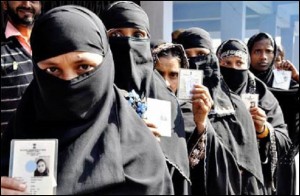 President Donald Trump’s executive order to ban citizens of seven Muslim-majority states from entering the US for 90 days, and temporarily freeze all refugee arrivals (including Syrians indefinitely), has been interpreted widely as an attempt to curtail the inward migration of Muslims, which Trump and his supporters argue pose a threat to national security, like reported by chathamhouse.org .

Trump’s policy has generated a backlash among some of Europe’s leaders. Angela Merkel’s spokesman said the chancellor had ‘explained’ the Geneva Convention to the president in a phone call discussing the order, while London Mayor Sadiq Khan argued that the invitation to the president for a state visit to Britain in 2017 should be withdrawn until the ban is rescinded. Meanwhile, leaders of Europe’s populist right-wing parties, including Geert Wilders, Nigel Farage and Matteo Salvini, have heaped praise on Trump.

Amid these competing views, where do the public in European countries stand on the specific issue of Muslim immigration? There is evidence to suggest that both Trump and these radical right-wing parties reflect an underlying reservoir of public support.

Drawing on a unique, new Chatham House survey of more than 10,000 people from 10 European states, we can throw new light on what people think about migration from mainly Muslim countries. Our results are striking and sobering. They suggest that public opposition to any further migration from predominantly Muslim states is by no means confined to Trump’s electorate in the US but is fairly widespread.

Majorities in all but two of the ten states agreed, ranging from 71% in Poland, 65% in Austria, 53% in Germany and 51% in Italy to 47% in the United Kingdom and 41% in Spain. In no country did the percentage that disagreed surpass 32%.

Public opposition to further migration from Muslim states is especially intense in Austria, Poland, Hungary, France and Belgium, despite these countries having very different sized resident Muslim populations. In each of these countries, at least 38% of the sample ‘strongly agreed’ with the statement. With the exception of Poland, these countries have either been at the centre of the refugee crisis or experienced terrorist attacks in recent years. It is also worth noting that in most of these states the radical right is, to varying degrees, entrenched as a political force and is looking to mobilize this angst over Islam into the ballot box, either at elections in 2017 or longer term.

Our findings also reveal how, across Europe, opposition to Muslim immigration is especially intense among retired, older age cohorts while those aged below 30 are notably less opposed. There is also a clear education divide. Of those with secondary level qualifications, 59% opposed further Muslim immigration. By contrast, less than half of all degree holders supported further migration curbs.

Support is also fractured by where you live. Of those living in rural, less populated areas, 58% are opposed to further Muslim immigration. Whereas among those based in cities and metropolitan areas just over half agree with the statement and around a quarter are less supportive of a ban. Opposition is also more prominent among ‘left behind’ voters, with nearly two-thirds of those who feel they don’t have control over their own lives supporting the statement. Similarly, 65% of those Europeans who are dissatisfied with their life oppose further migration from Muslim countries. There is also some evidence that public opposition crosses political boundaries, with three-quarters of those who self-classify themselves as on the right of the political spectrum and more than a third of those on the left supporting a halt.

These results chime with other surveys exploring attitudes to Islam in Europe. In a Pew survey of 10 European countries in 2016, majorities of the public had an unfavorable view of Muslims living in their country in five countries: Hungary (72%), Italy (69%), Poland (66%), Greece (65%), and Spain (50%), although those numbers were lower in the UK (28%), Germany (29%) and France (29%). There was also a widespread perception in many countries that the arrival of refugees would increase the likelihood of terrorism, with a median of 59% across ten European countries holding this view. This mirrors some attitudes in the US.

It is also true that people in Europe vastly overestimate the number of Muslims living in their countries. An IpsosMORI poll in autumn 2016 found that public estimates of  Muslim populations were more than four times the actual level in France, and three times higher than the actual figure in the UK. But, that said, these results point to significant and widespread levels of public anxiety over immigration from mainly Muslim states. Many in the mainstream have protested against Trump’s visit but they will also need to focus on how to tackle these widespread public concerns.