You are here: Home / Senza categoria / What could Isil actually do if they got their hands on nuclear material? 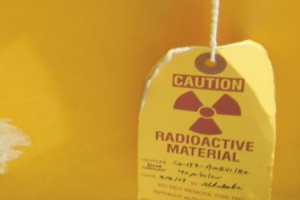 The confirmation that black market gangs have been offering nuclear materials for sale – and have expressly targeted Islamic State buyers – can hardly be received with equanimity.

There is no reason to believe that an organisation with so hellishly violent a track record as Isil would baulk at using such materials offensively if ever they had ready access to them.

It would, however, be premature to leap from news of (failed) transactions to visions of a nuclear-armed Islamic State of Iraq and the Levant (Isil), without first asking what they could actually do with any nuclear material they bought.

Why ‘bomb-grade’ doesn’t always mean that

The term ‘nuclear material’ can, in fact, cover a range of different substances, including those required for nuclear explosions – namely, uranium and plutonium. Neither is at all easy to produce.

Uranium can be mined, and Isil may already possess a small amount, but even after processing its natural form would be of little military value.

To sustain a nuclear reaction natural uranium must be ‘enriched’ – an intensive industrial process far beyond the capabilities of Islamic State.

If Isil were to obtain some form of enriched uranium, there would still be the questions of specific enrichment level and mass.

The agreed threshold for classification as High Enriched Uranium (HEU) is >20% U-235, but the enrichment level actually required to enable a nuclear explosion is far higher (>80%).

A uranium device also requires a critical mass, in the order of several kilograms of U-235; a smaller quantity, even if enriched to weapons grade, would be useless for the purpose of a nuclear blast.

The reported asking price of €32 million per kilogram HEU implies an overall cost to Isil running to hundreds of millions of euros – cash which Isil is unlikely to have and which it could doubtless spend rather more effectively elsewhere.

(Note, moreover, that the successful procurement of appropriate quantities of fissile material would still not guarantee a viable bomb: Isil would need to buy or develop an appropriate weapons design and obtain other difficult-to-obtain materials, such as high explosives, neutron initiators, casings and so on.)

A nuclear explosion is not the only use to which Isil could put ‘nuclear materials’.

There are other radioactive substances than uranium and plutonium, and a more practical and perhaps more tempting prospect would for Isil to use these to produce a radiological dispersal device – a so-called ‘dirty bomb’. Such a device would scatter potentially lethal doses of radioactive material over a large area.

The explosive component could be fairly crude, and the appropriate radiological materials would be easier to obtain used (a small quantity of Caesium-137 or Cobalt-60 would be ideal).

No nuclear explosion would result, but there would be a significant risk of radiation sickness and contamination of a wide area. The psychological and environmental impact could be severe.

That said, the lethality of the device itself might not be especially high; much would depend on the context in which the device was used, and the swiftness with which authorities could begin decontamination.

At any rate, most of the value to the terrorists would come from the scale of disruption the bomb caused, rather than from the radiological death toll.

For a group like Isil, the return on investment for nuclear materials would be poor: even the materials for a crude dirty bomb would likely prove ruinously expensive.

In a world in which young men with AK-47s can kill hundreds it would hardly be worth Isil’s while to seek nuclear materials.

That, of course, is little solace: bullets and bombs are more than enough.