You are here: Home / Senza categoria / What are the FBI’s prime home terrorism considerations for 2018? 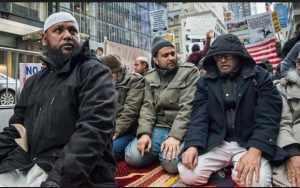 Radicalized individuals — not teams of trained operatives — are the terror threats that most worry federal law enforcement agencies as the calendar turns to 2018, like reported by kaplanherald.com.

Combating them is challenging, since many give little indication they’re planning an attack in the first place.

FBI Director Christopher Wray has indicated the FBI considers the most pressing domestic terrorism threats to be homegrown violent extremists radicalized by ISIS and other radical Islamist groups, as well as lone wolf attackers who aren’t connected to any other actors or groups. Cultists, “sovereign citizens” who don’t believe government constraints apply to them and those motivated by racial animus are a lesser but persistent concern, according to the bureau.

Matthew Heiman, a former lawyer with the National Security Division at the Department of Justice, agrees with Wray that homegrown Islamist extremists are the top threat.

“If you look at the numbers, the repetition and the consistency, I think that’s No. 1 by a long stretch,” Heiman said, citing attacks in San Bernardino, Orlando, Fort Hood and the recent attacks in New York City. While other attacks happen every year, Heiman said other movements are not as consistent.

Some object to the categories as artificial and counterproductive. “There’s this focus on categorizing ideology, rather than focusing on methodology for committing these acts of violence. It springs from this necessity to categorize in order to distribute resources in an organized way, but we then come to believe those categories are real,” said Michael German, a former FBI official who worked in counterterrorism. “This whole concept of a radical Islam, which includes very different groups such as ISIS, Al-Qaeda, Hezbollah…it has nothing to do with keeping Americans safer.”

Still, while there may be disagreement about the framing, nobody questions that the United States needs to be on the lookout for potential attackers. And the FBI’s view will carry the day when it comes to allocating funds and manpower to the task. Here’s a closer look at how the agency is seeing things.

Violent extremists wanting to join foreign fighters in support of ISIS, or those who aspire to attack the United States from within, continue to be at the top of the FBI’s watch list, with the threat amplified by “a surge in terrorist propaganda and training available via the Internet and social networking media,” Wray noted in testimony to a House committee at the end of November. Online recruitment and indoctrination mean that it’s no longer necessary for terrorist organizations to sneak operatives into the country to recruit others and act.

That’s a big change from the environment of a decade ago, Wray said.

In 2017, jihadist attacks claimed the most lives compared to other domestic extremist groups, with five attacks in the U.S. killing 17 people, according to Joshua Freilich, co-creator of the Extremist Crime Database. Figures on deaths attributable to terrorist groups vary slightly, due to differences in the criteria for labeling something a terrorist act. Freilich said his database defines these attacks as ideologically motivated homicides, or “incidents where the offenders – either wholly or partly – committed the attack to further their extremist beliefs.”

Interspersed attacks with comparably low fatalities have become the norm for aggressions committed under the umbrella of radical Islamic groups, according to Heiman, largely because ISIS has overtaken Al-Qaeda in prominence.

“Al-Qaeda was planning these epic, dramatic attacks. You compare that to the Islamic State, and their approach is, ‘Here’s what we’d like, you go out and figure out how to do it,’” Heiman said. “So then you get individuals picking up whatever they can, bats or cars or firearms, without a lot of training in how to get those mass casualties.”

While that means it’s less likely we’ll see repeats of 9/11 with thousands or even hundreds of deaths, attacks by individuals are also much harder to pinpoint, Heiman said.

German, however, sees the depiction of radicalization put forth by the FBI as misleading. He said in most cases it’s far more likely these terrorists are individuals already planning violent action and looking for an ideology to pin it on than it is that they come to their actions through online recruitment. And law enforcement too readily categorizes people of color based on flimsy evidence such as a few internet searches, according to German.