You are here: Home / Mediterranean / Western leaders urge Libya to allow airstrikes against IS 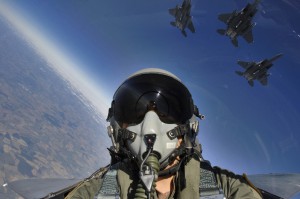 Western officials are seeking authorisation for airstrikes against the so-called Islamic State on Libyan soil, to prevent the capture of the town of Ajdabiva, a town that is considered the gateway to the country’s oil wealth.

Western officials are seeking authorisation for airstrikes against the so-called Islamic State on Libyan soil, before militants capture the town of Ajdabiva, a strategically important town that is also considered the gateway to the country’s oil wealth, The Guardian reports.

According to the paper, fighting is currently raging in the town, and should the town fall it would give  Isis command of the Sirte basin, home to Libya’s largest collection of oilfields.

Strikes will not be launched until Libya issues a formal invitation, although British, American and French jets are on standby for strikes from bases across the Mediterranean. Military planners hope the authorisation will occur soon as hopes for a unified government have grown since a peace deal was signed in Morocco on Thursday between the House of Representatives of Tobruk and the General National Congress of Tripoli.

The Guardian reports that western officials fear that, without the strikes, success in the intensified bombing of Isis in Iraq and Syria will be reversed as IS would strengthen its forces in north Africa.

According to reports, the extremist militants are already regrouping around the world with volunteers from Sudan, Syria, Tunisia and Yemen moving to Libya to offer support.

US President Barack Obama said last Friday night that an American led coalition, targeting IS in Syria, Iraq and Libya simultaneously could ultimately defeat the group.

The Guardian reports that Ajdabiya was transformed in the late 1970s from backwater to boom town by the oil industry, and that its capture would leave Isis controlling a 150 miles stretch along the coast from its headquarters in Sirte and south through the oilfields.

The town has seen it fought over throughout history, with its capture by rebels in the 2011 Arab spring, shaping the fate of then leader Muammar Gaddafi.

The report indicates that artillery fire and street fighting reign supreme in the town, with hospitals running out of supplies.

The idea of the bombings, seeks to mirror the effects of Nato bombings in the country four years ago, in turning the tide in the fighting, with a vast armada on standby throughout the Mediterranean including in Italy and Cyprus among others.

Last week, pictures showing a 20-man special forces team, with desert buggies and surveillance equipment, being turned away from Wattiya, 30 miles from the Isis base at al-Ajaylat, near Sabratha, were inadvertently released, highlighting America’s presence in the country.