You are here: Home / MidEastGulf / West increases pressure on Iran in nuclear talks 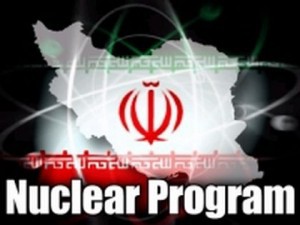 Time is running out on closing a deal with Iran over curbing its nuclear programme in return for sanctions relief. The deadline is Tuesday and six world powers are putting on the pressure to resolve differences with Tehran at talks in Vienna.

“My message today is that if a deal can be closed it’s now. It’s not time, the issue is political decisions that need to be taken now.”

The major powers 5+1 ( the US, Britain, China, France, Germany and Russia ) suspect Iran of trying to develop a nuclear weapons capability. Iran says its nuclear programme is solely for peaceful purposes such as producing medical isotopes and generating electricity.

US Secretary of State John Kerry says a deal is close but warned that the US stands ready to walk away:

“Over the past few days we have, in fact, made genuine progress, but I want to be absolutely clear with everybody. We are not yet where we need to be on several of the most difficult issues.”

Iran says its working hard but that some things just aren’t clear such as when UN sanctions will be lifted.

Reporting from Vienna, Reihaneh Mazaheri said that the negotiators have talked about progress being made to resolve the 12-year dispute but that in order to resolve the outstanding issues the talks may have to be extended.