You are here: Home / Senza categoria / We may look back at the Islamic State as a time when islamic extremism was under control

Future generations of Islamic extremists may surpass the Islamic State in brutality. 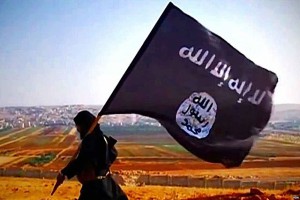 In December 2015, Iraq’s army, supported by Shi’a militias and the United States and Iran (working separately on twin tracks) routed Islamic State forces from Ramadi, Iraq. “Despite these territorial losses,” writes Andrew Bowen in the National Interest on December 29 of last year, “ISIL’s worldwide presence is arguably growing.” For example:

1) In Bangladesh, ISIL claimed responsibility for a recent attack on mosque.

2) While Egypt’s civil aviation authorities ruled that the crash of the Russian commercial jet was an accident instead of a terrorist attack, ISIL’s presence in the Sinai continues to bedevil Egypt’s security services.

3) In Afghanistan, ISIL’s presence is becoming a deepening reality as the security situation in the state continues to deteriorate.

4) Yemen is a further front for ISIL where it’s actively competing with AQAP for recruits.

The November Paris attacks underscore how the group has both indirectly inspired and directly supported its followers to wage jihad even in places far beyond their current territorial “state” holdings.

Even if the “State” is Islamic State is destroyed, Bowen writes that:

The brand represents a broader long-term challenge than the actual “state.” … As long as the narrative of a “caliphate” can exist and its apocalyptic ideology attracts followers, ISIL will continue to be a potent global threat. Long after ISIL loses its territorial hold in Iraq and someday in Syria, its finances are diminished and its first and second generation of leaders are captured and killed, this group will attract new followers and likely gain footholds. The group will continue to be a menace to governments in the Muslim world and globally.

In the coming decades, a new generation of militants will either carry the banner of ISIL or the banner of a new organization. Similar to ISIL eclipsing Al Qaeda as the new face of Islamic extremism … a new organization may seek in the future to go farther than Abu Bakr al-Baghdadi ever did. As Jason Burke notes in his excellent new book, The New Threat from Islamic Militancy, it’s not so much ISIL as a singular threat, but a growing global subculture of Islamic extremism (layered in with anti-Semitism, anti-Western and homophobia) that attracts those to reject their current societies and culture and rebel.

It is more “jihadi cool” than ISIL alone which is inspiring some youth to commit domestic terrorist attacks or fight in Syria and Iraq.