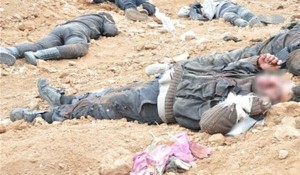 “At 5:30 pm coalition jets started shelling ISIS bases in the villages of Tolband and Kulabor on the Khazir front in Mosul,” Brig. Saed Hazhar, deputy commander of the elite Zeravani Peshmerga, told Rudaw by phone.

He confirmed the killing and wounding of dozens of militants, as well as the “complete destruction of nine military bases.”

Coalition jets have continually been shelling ISIS bases to weaken the group’s abilities on the front. The militants have launched multiple assaults on the Khazir front, since capturing Iraq’s second-largest city Mosul in June 2014.

The front is strategically important because it guards the strategic main road between the cities of Erbil and Duhok.