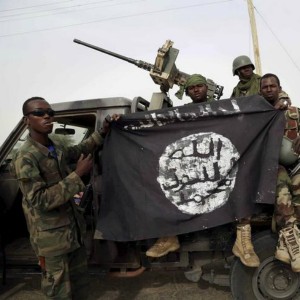 The General Officer Commanding (GOC) the 1 Division of the Nigerian Army, Major-Gen. Adeneyi Oyebanjo, has called on religious and community leaders in the North-west geopolitical zone to watch out for fleeing members of the Boko Haram sect who are being routed out from their base in the North-east.

He also called on them to collaborate with the military and other security agencies to fish out the fleeing terrorists coming to seek for refuge in their various communities.

Speaking at a meeting between the leaders monday in Kaduna, Oyebanjo said the terrorists were running helter skelter for safety as they were being crushed by the military in the North-east.

He urged the leaders to be on the watch out so that the terrorists will not escape to hide in their communities.

“I have invited you for this meeting so that we can each find ways of securing our town, state and the entire North-west zone.

“As you maybe be aware, my area of command covers the entire North-west. But, since Kaduna is the Headquarters of the North, and is also where I have my headquarters, I believe that it is a good idea to start my security initiative which the President has mandated me, with Kaduna,” he said.

He noted that the military was making rapid progress in crushing the  the Boko Haram menace in the North-east, stressing that hundreds of them were surrendering everyday while others were running away for safety.

According to him, “The terrorists are being beaten in dizzying succession and I have every confidence, God willing, that we shall end the insurgency before the end of this year.

“Hundreds are surrendering each week, and their bases captured and destroyed. The days of their impunity is getting to an end. So, all these bombings you hear them doing in markets, or going to kill some people in isolated villagers are all sign of the last kicking of a dying monster.

“Boko Haram is largely in disarray now, with some running away to start new lives somewhere. That in itself is a problem, because they can regroup under another guise.”

He explained that the reason for the meeting was because there had been several arrests within Kaduna city in the past one week, hence the need for collaboration to ensure security.

“You are the ones that know members of your communities and congregations better than us. All we want from you is good information about the presence or activities of any group or persons that are strange and suspicious.

“We shall act promptly on it, and we shall never compromise your identity. We must never allow any murderer any safe haven in Kaduna or anywhere in the North-west,” the GOC said.

He appealed to religious leaders to help in sustaining the peace being enjoyed  in the North-west  by avoiding  inciting and hate preaching.