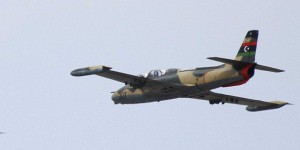 Warplanes carried out air strikes on the Libyan city of Sirte targeting areas controlled by fighters loyal to Islamic State militants, a witness in the city said on Tuesday.

There was no immediate report of casualties or damage from the strikes on Monday. Forces from Libya’s internationally recognized government have bombed Islamist militants in the past. But an official was not immediately available to comment on the Sirte attack.

Islamic State has made Sirte its base in Libya, where fighting between two rival governments and their armed allies has allowed Islamist militants to gain ground in the chaos.