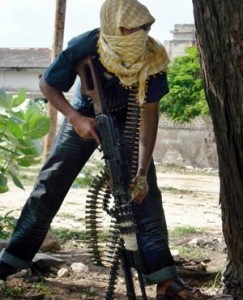 The Somali Islamist group al-Shabaab has proclaimed its allegiance to the Islamic State extremist group, posing the possibility of a renewed threat to the region, Somali Prime Minister Omar Sharmarke warned the UN on Monday.

During a debate of the UN Security Council, Sharmarke also called for the council’s support to defeat Shabaab before it can gain considerable support from the Islamic State, which currently operates mainly in Syria and Iraq.

“Somalia cannot afford to have a space for [the Islamic State] to exploit and reverse the hard earned progress on security,” the prime minister said.

“That’s why we need the support of the council, more than ever before, to stand with Somalia against [Shabaab], to deny it the ability to regroup and/or pose renewed threat in Somalia and the region.”

Sharmarke said that resolving the crisis in Yemen was crucial to keeping the Islamic State out of Somalia as extremists could use Yemen as a “conduit or launching pad”.