You are here: Home / Senza categoria / War on Islamic terror not yet won 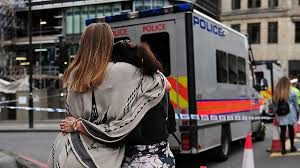 A terrorist attack inside the United States has not occurred in recent days but we must not become complacent as the enemy is always on the move, like reported by bostonherald.com.

Last week, police arrested seven men who had been plotting a major extremist attack somewhere in the Netherlands. Their homes were fortified with raw materials for explosives as well as handguns, according to prosecutors.

The men were in the process of trying to obtain AK-47 assault rifles, handguns, bomb vests, grenades and raw materials for bombs and were looking for opportunities to train with such weapons, according to The Associated Press.

It is obvious that this crew was looking to cause a lot of damage and inflict scores of casualties.

It is crucial that the Trump administration keep its foot on the gas in routing out and destroying terrorist elements. Both globally and domestically, we must resolve to field a strong offense. President Trump emphasized his approach at the State of the Union address in January.

“Terrorists who do things like place bombs in civilian hospitals are evil,” he said. “When possible, we annihilate them. When necessary, we must be able to detain and question them. But we must be clear: Terrorists are not merely criminals. They are unlawful enemy combatants. And when captured overseas, they should be treated like the terrorists they are.”

President Trump has learned from the mistakes of his predecessors and does not wish to repeat them.

“In the past, we have foolishly released hundreds of dangerous terrorists, only to meet them again on the battlefield — including the ISIS leader, al-Baghdadi …

“I am also asking the Congress to ensure that, in the fight against ISIS and al-Qaeda, we continue to have all necessary power to detain terrorists — wherever we chase them down.”

It is indisputable that in the larger war on terror, progress is being made and that this administration has no qualms about naming the enemy. ISIS has lost its territory but maintains thousands of soldiers who can be repurposed to attack targets in the West.

They will not stop unless we stop them. There is no argument to mollify them and no path for reasoning with them. As author Salman Rushdie said, “But there’s one thing we must all be clear about: Terrorism is not the pursuit of legitimate goals by some sort of illegitimate means. Whatever the murderers may be trying to achieve, creating a better world certainly isn’t one of their goals. Instead they are out to murder innocent people.”

Our resolve and determination must remain strong.