You are here: Home / Europe / War on Isis: London Eye named as ‘next target’ for Daesh after European terror attacks 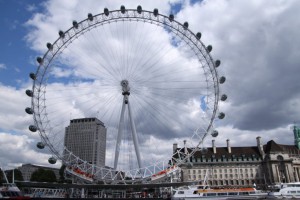 Alleged Islamic State (Isis) attackers have reportedly admitted that London was next on their hit list of European cities. They named the London Eye as a prime target, following a series of raids across the UK on 15 April.

The revelations came after a suspected IS (Daesh) cell was arrested by armed police. According to a report by The Daily Record, an unnamed 26-year-old man was detained by police in the early hours of the morning as he left a flight from a north African location at Gatwick airport, while three men – aged 26,40 and 59 – and a woman, 29, were also arrested in Birmingham.

An undisclosed security source said “The network were targeting the London Eye and other places where crowds gather in the UK. Britain was second on their list after France on their list of countries in which to launch an attack… British officers have been expecting an attack in the UK and still do.”

The five detainees were detained and questioned on suspicion of preparing acts of terrorism. Whitehall officials have described the arrests as “significant”, following ongoing surveillance work by the British police force and MI5.

According to NBC, the UK operation is believed to have focused on Mohamed Abrini, 31 – the suspect dubbed the “Man in The Hat” who went on the run after being pictured with the Brussels airport bombers – after it was claimed that he had travelled to Birmingham during the summer of 2015. A sixth suspect had been arrested last week in Brussels, on 9 April.

Three suicide bombers struck at Zavantem Airport and a busy Metro station in the centre of Brussels on 22 March, killing 32 people dead and leaving 300 injured. Last week on 14 April, following his arrest, Abrini claimed he backed out from detonating his vest as he “wouldn’t hurt a fly”, rather than the device itself “failing to go off”, before he ran away from the scene, as was previously suspected.

Authorities were said to be treating Abrini’s claim with scepticism. He is one of the few surviving members of the terrorist network that were behind the recent atrocities in the French and Belgian capital cities.