You are here: Home / Analysis / Waging diplomatic counter-terrorism in the wake of Israel-Argentina 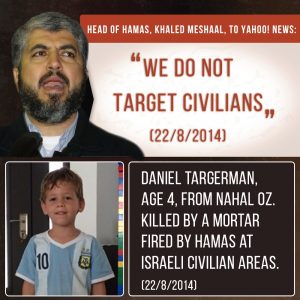 Among all the network babble and contradicting reports surrounding the cancellation of the Israel-Argentina football match, it’s important to carefully analyze what we’re actually facing. While the cancellation on its own is unfortunate, unlike what the following day’s headlines conveyed, Israel did not suffer a catastrophic blow, like reported by jpost.com.

On the other hand, we can’t ignore the possibility that this was a clear example of Diplomatic Terrorism, assuming the cancellation was indeed the result of violent pressure from Palestinians bodies orchestrated by the BDS movement.

Diplomatic Terrorism is a unique activity against the state or its representatives, taking place on the international arena aimed at delegitimizing Israel’s standing among the family of nations. Diplomatic Terrorism can have effect on many fields, such as media, culture, sport, civil society etc. It succeeds by planting chaos, fright, insecurity and especially the notion that Israel is being defeated on the global podium.  I saw it first hand while representing Israel at the UN.

Classic terrorism has one immediate goal – taking lives. Just a few days ago Israel’s security forces apprehended an underground cell that planned to assassinate senior Israeli officials, including the Prime Minister and the mayor of Jerusalem. Keeping that in mind, its long-term goal is to destabilize the people’s sense of security, plant fear and lead political changes in violent means. This is what the Palestinian terror organizations have been doing for dozens of years.

Next to the classic violent terrorism, the Palestinians and their supporters around the world have developed a second wing, more sophisticated – the Diplomatic Terrorism. This wing relies on pinpoint, so called legitimate, operations that try to create a change in the political, public and civil attitude towards Israel, and operates on the global scene. It’s not about a legitimate political debate– it’s about undermining Israel’s legitimacy.

In recent years, the Palestinians have made this kind of terrorism the focal point of their battle with Israel, since they realize that they will not reach their goal using violent means and they can use the advantages presented to them by the globalization, while using Israel’s own soft spots of developed senses of self-criticism and self-deprecation.

In order to combat this threat Israel must use Diplomatic Counter-Terrorism. I have been waging this war in recent years under various capacities. These operations are mostly pre-emptive and take place on multiple arenas. The campaign starts long before the attack is even planned, as we try by a series of actions, to weaken the motivation and ability to carry out a Diplomatic Terrorism attack.

However, even if such an attack happens, it’s not the end of the road and there are effective reactive steps that can be taken. Unfortunately, Israel has not been practicing this method of operation, let alone in its response to the cancellation of the match.

So what should we do? Relatively the same way if it was a classic attack, using three main stages.

The first stage is to isolate the arena and limit collateral damage. Just as security forces will not let civilians into the scene of a terror attack, the Israeli government should do the same to tone down and find a focal point to deal with the situation. The cacophony of voices stirring the pot – from the production company, through the ministries of culture & sports and tourism, the football association and dozens of self-declared experts only enhances the damage. They all have good intentions, but in reality, each one of them just makes things worse and intensifies the effect of the diplomatic attack.

The second stage is the investigation, which should take place behind closed doors, yet while keeping an open and honest dialogue. We must ask who was in charge of the diplomatic battle that took place in the background and did not raise a flag. If they had no knowledge of it, how could that be? We should also ask where the Ministry of Foreign Affairs was. The leading diplomatic body in Israel, with hundreds of people at its disposal in relevant command posts around the world – professional diplomats who know the key people in their respective countries. We should be brutally honest and ask – if the MFA wasn’t in the loop – why? If it was in the loop – how did it fail to warn and thwart? From my experience, I can say that when the MFA focuses on a diplomatic counter-terrorism effort – it can get the job done. Clearly, this wasn’t the case here.

The third and most important stage is learning. The football match is just one of many events that Israel is scheduled to host in the coming year, and a drop in the ocean of vast international potential that we have. The main questions we should ask today is how can we prevent this from happening again tomorrow and how can we prevent the next Diplomatic Terrorism attacks. We should be active on traditional and new media and on the ground, where we should think of pro-active actions such as pro-Israel demonstrations on strategic points and by harnessing Israel’s positive talents and supporters both in Israel and abroad.

Self-blame and self-hate will not help. Slandering and threatening Messi are irrelevant. Right now Israel must take the initiative, get its act together and start thinking practically and operationally.