You are here: Home / MidEastGulf / Violence breaks out at Yemen Geneva peace talks 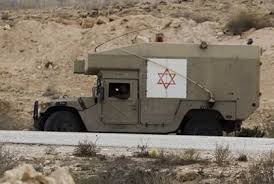 A news conference by the Houthi rebels held in Geneva on the sidelines of the peace talks was interrupted by protesters throwing shoes and calling the Houthis “criminals” and “dogs” who were “killing the children of South Yemen”.

Head of the Houthi delegation to the talks, Hamza Al-Houthi remained composed. The interruption began when a woman in a pink scarf went to the podium and threw a slipper at him. A fistfight also began between Houthi supporters and those opposed to them. Protesters were eventually escorted out of the area of the news conference. The conference started a day late because the Houthis refused to board the plane originally sent to pick them up since they had more delegates than the UN would allow and they objected to the format of the conference. When they finally did board the next day their plane was held up for almost 24 hours in Dijibouti because it did not have permission to fly over Egypt. Only diplomatic intervention by the US and Oman managed to overcome this blocking of the plane’s passage.

The Houthis captured much of the west of the country with the help of former president Saleh and his son to whom many in the armed forces are loyal. The UN and the Hadi government had tried to broker a deal to create a government that the Houthis would accept. This failed. Hadi resigned and was put under house arrest. He was able to flee to Aden in the south where he repudiated his resignation and tried to set up his government again but was driven out and fled to Ryadh in Saudi Arabia. The Saudis and the Gulf Cooperation Council, with the support of the US, have been trying to return Hadi to power.

The Saudi-led bombing of Houthi areas since March has resulted in a humanitarian disaster. Its main effect has been to enable Al Qaeda in the Arab Peninsula to extend territory under its control and also promote the growth of the even more radical Islamic State which has just carried out car bomb attacks that have killed or injured at least 50 people in Sanaa on the eve of Ramadan. The fighting in Yemen has not ceased during the talks with about 30 being killed in clashes on Thursday. UN chief, Ban Ki-moon hoped to have a humanitarian cease fire during Ramadan for at least two weeks. The UN calls the humanitarian situation “catastrophic” with 80 per cent of the population in need of aid, about 20 million people. Poor sanitation, and lack of water, is spreading dengue fever in the southern port of Aden.

While the Houthi delegation is in favor of a temporary truce, the Hadi delegation maintains that the conference is only about implementing UN resolutions that include the Houthis disarming and withdrawing from all the territory that they have seized. Of course this is a non-starter but given that the UN Security Council passed this resolution that makes it difficult for the UN to play any sort of neutral role, Hadi’s position is quite understandable even though unrealistic.

A representative of a group connected to the Houthi delegation, Yasser Al Ewady, said they supported a pause to let in humanitarian aid but that others probably did not saying: “We are absolutely in favor of a humanitarian truce. I don’t think this pause receives the approval of Saudi Arabia, after all they are aggressing us, it is up to them”.

The vice president of the government in exile, Khaled Bahah, indirectly confirmed Al Ewady’s prediction: “We are hoping for a permanent humanitarian ceasefire, not a temporary truce. Because a temporary truce is exploited to spread the battlefield and as a tactical measure by some parties.” If the Houthi’s broke a truce and tried to capture more land it would be understood should Saudi Arabia reply with its own violence. What Bahah wants as a permanent truce is for the Houthis to withdraw and lay down their arms.

The US and other supporters of the attempt to reinstate Hadi are becoming worried by the disaster the bombing campaign is creating and no doubt favor a truce. However, the UN is in a difficult situation since Hadi can point to UN resolutions that fully support his position. The UN has to ignore its own resolutions for now and simply stress the need for the parties to address the humanitarian disaster in Yemen.