The station ADR discovered that ISIS used a “liaison office” in Gaziantep, which is also known as Antep, in Turkey near the Syrian border.

Other stations NDR and SWR reported:

IS [Islamic State] offers women and underage children in a kind of virtual slave market with for-sale photos. … The transfer of money, as the reporter discovered, takes place through a liaison office in Turkey. …

For weeks, NDR and SWR accompanied a Yazidi negotiator, who, on behalf of the families, negotiates with the IS for the release of the slaves and their children. … the women are sold in a digital slave market to the highest bidder. 15,000 to 20,000 US dollars are a typical price. Similar sums for ransom are also required to free Yazidis. The money is then transferred via IS-liaison offices and middlemen to the terrorist group.

NDR and SWR were present at the liberation of a woman and her three small children, aged between two and four years old, and followed the negotiations. How many Yazidi slaves are still ‘owned’ by IS is unclear. Experts estimate that there still could be hundreds. 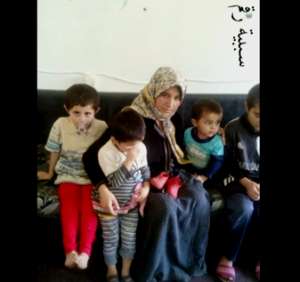 ISIS sellers typically demand between $15,000 and $20,000 for each woman. The Yazidi families sacrifice all their money and savings to rescue their loved ones. NDR also reported that Iraqi Kurdish President Masoud Barzani has paid for some of the ransom demands, even though the money lands in the hands of ISIS.

The reports have resulted in the Gaziantep Bar Association filing “a criminal complaint against” law enforcement in the city for having “committed neglect of duty and misconduct by not taking required measures, and not carrying out preventive and required intelligence activities before the media covered the said incidents.” They demanded the courts prosecute those responsible for these crimes.

“The tragic reality is that Gaziantep is a crowded city; the suicide bombers easily cross [to Syria and Iraq]. Unfortunately, Gaziantep exports terrorism,” explained lawyer Bektas Sarkli, the head of Gaziantep Bar Association. “When you see the ammunition captured and especially take into account the money transferred here [it is clear that] ISIS easily shelters in this city. Gaziantep is the logistic site of ISIS.”

Islamic State jihadists target Yazidis because they consider the minority religious sect “devil-worshippers.” In summer 2014, ISIS terrorists invaded northern Iraq, where most Yazidis live, killing men and kidnapping women and girls for sex slavery. Mirza Ismail, founder and chairman of the Yazidi Human Rights Organization, spoke to Congress about the actions, which Yazidis argue fit the legal definition of genocide:

According to many escaped women and girls to whom I spoke in Northern Iraq, the abducted Yazidis, mostly women and children, number over 7,000.

Some of those women and girls have had to watch 7-, 8-, and 9-year-old children bleed to death before their eyes, after being raped by ISIS militia multiple times a day.

I met mothers, whose children were torn from them by ISIS. These same mothers came to plead for the return of their children, only to be informed, that they, the mothers, had been fed the flesh of their own children by ISIS. Children murdered, then fed to their own mothers.

ISIS militias have burned many Yezidi girls alive for refusing to convert and marry ISIS men. Young Yezidi boys are being trained to be jihadists and suicide bombers. All of our temples in the ISIS controlled area are exploded and destroyed. Why? Because we are not Muslims, and because our path is the path of peace. For this, we are being burned alive: for living as men and women of peace.

Gatestone Institute also points out Turkey’s alleged history of aiding rebels and jihadists in Syria since the civil war broke out in 2011. Terrorists took over Azaz, a key town in Syria near the border of Turkey in September 2013, after Turkey “vocally supported the fight against forces loyal to President Bashar al-Assad and allowed weapons to cross into Syria on its southern border.” The capture of Azaz allowed easier access to Syria to the jihadists. Two months later, CNN reported on a secret route from Turkey to Syria used by Islamic State jihadists.

In July 2014, an anonymous man claiming to be an ISIS jihadist told The Jerusalem Post that Turkey funds the terrorist group. A Turkish nurse only known as E.G. complained to authorities that she is tired of treating members of ISIS. She said she is “disturbed” the militants receive treatment in Turkish hospitals even though they hold several Turkish nationals as hostages. A Western official told The Guardian that evidence seized at the compound of Abu Sayyaf, an ISIS leader, proved links between the terrorist group and the Turkish government.

Turkey joined the fight against ISIS over the summer after a suicide bomber killed 32 people in Suruç, and a militant murdered a Turkish soldier.