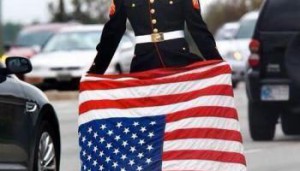 The White House tried hard to whip lawmakers to support the Iran nuclear deal while everyone was still in town — but the summer recess lobbying is now out of the administration’s reach.

Last week, President Obama tried take control of the messaging war with a speech at American University in which he branded those against the agreement as siding with the “hardliners” in Tehran. But while he was speaking, several dozen House lawmakers including Minority Whip Steny Hoyer (D-Md.) were in Israel getting information on the deal directly from leaders in the Jewish state on a trip sponsored by the educational arm of the American Israel Public Affairs Committee.

Now, with members back in their home districts to get an earful about the deal — some have vowed to hear from constituents at townhalls before announcing a decision — and Obama golfing on his Martha’s Vineyard vacation, veterans have launched the latest offensive against the nuke deal.

In the new video from a new 501(c)(4) called Veterans Against the Deal, retired Staff Sgt. Robert Bartlett, wounded in Iraq in 2005, talks about getting blown up by an Iranian-made device.

In 2008, Bartlett recounted his experiences for the National Journal oral history project on the Iraq and Afghanistan wars. “What I remember is wailing in pain, not being able to hear anything but ringing in my ear. I can remember the rocks and the shrapnel coming through the vehicle. I remember the smell of burning flesh. I remember looking over at my truck commander and seeing he was killed instantly. I remember thinking it was my time,” he said then.

“…I remember all of it, every little detail. I remember getting out of the truck and trying not to let my guys know how bad I was, trying to walk into the hospital. I remember them throwing me onto the stretcher. I went into respiratory arrest immediately. I don’t remember much after the hospital, that’s when I started dying. A chaplain — the same one — was there holding my hands.”

The video shows pictures of the ayatollah and Secretary of State John Kerry as Bartlett gave fresh accounts of Iran’s terror, stressing “that’s who we’re making a deal with.”

“Every politician who’s involved in this will be held accountable. They will have blood on their hands. A vote for this deal means more money for Iranian terrorism. What do you think they’re going to do when they get more money?” Bartlett says.

The video singles out Sen. Jon Tester (D-Mont.), chairman of the Democratic Senatorial Campaign Committee, as a target for lobbying calls, but encourages viewers to call their own senators as well.

Eighty members of the current Congress are military veterans. Freshman Sen. Tom Cotton (R-Ark.), who was an Army captain in Iraq and Afghanistan, has put the administration in a particularly uncomfortable place: he saw the devastation inflicted by Iranian-made bombs, yet is branded a warmonger by the White House for his vocal opposition to the deal.

“I think what the president took on directly in his speech is that the individuals who were advocating for the defeat of this agreement are the same people who made the same arguments in 2003 in the march to war against Iraq. So this includes people like Mitch McConnell and John Boehner and John McCain, and more recent newcomers like Tom Cotton and Donald Trump,” White House press secretary Josh Earnest said at Friday’s daily briefing.

Cotton tweeted at Earnest in response: “For the record, I was in Iraq–not Iraq war debate–trying to protect troops from Iranian bombs. We were lucky; 100s others weren’t.”

“A copper cone is melted at super high temperatures and projected, and essentially burns its way through armor plate,” Dempsey replied.

“Do you know how many American troops were killed by such explosively formed penetrators?” Cotton asked.

“Was Iran a main supplier of these explosively formed penetrators? Was the Quds Force — Qasem Suleimani and the Quds Force and the Revolutionary Guard Corps the main perpetrators in Iran?” the senator continued, to which Dempsey interjected “yes” three times.

Defense Secretary Ashton Carter was asked about the nuclear deal at an event with U.S. troops last month in Baghdad.

“You know, basically the Iran nuclear deal, which is a good deal, in the sense that it — it will stop Iran from getting a nuclear weapon. It’s about Iranian nuclear weapons. It’s not about everything else Iran does,” Carter told that staff sergeant.

“And so, I continue to be concerned about Iranian malign activity in the region to include here, and the possibility of Iranian aggression and the possibility that Iran will not obey the agreement, which we’ll find out, because we’ve — it’s got to be inspections and verified and so forth, which is why we will keep the military option, which was the alternative to a — a deal.”