You are here: Home / MidEastGulf / Velayati renews Iran’s continued support to Syria and Iraq in their fighting against terrorism 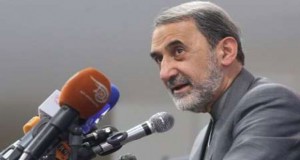 Iran will continue offering support to Syria and Iraq in their fighting against terrorism and sees that the security of the countries of the region is its security, Advisor of the Supreme Leader of the Islamic Revolution in Iran Ali Akbar Velayati said Saturday.

“Some western countries, supported by some Asian countries in the region, arm and train the terrorist organizations and send them to Syria, Iraq and Lebanon to kill the innocent civilians, destroy the infrastructure of those countries and carry out schemes that aim at sowing sedition and dispute,” Velayati added during a meeting with the Special Representative of the UN Secretary-General to Iraq, Jan Kubis in Tehran.

The Iranian official reiterated that the Islamic State in Iraq and Syria (ISIS) terrorist organization endangers the whole world, warning that the danger of ISIS will backfire on its founders and supporters.

Last Friday, Velayati renewed his country’ continued support to the Syrian people in facing the obstacles caused by the Takfiri terrorist organizations which are supported by the imperialistic countries and reactionary countries in the region.