You are here: Home / West Asia / US would consider more troops for Afghanistan, Trump told Ghani 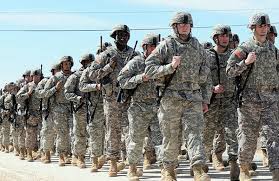 The United States would consider sending more troops to Afghanistan in a bid to prevent further deterioration of the security of the country, like reported by khaama.com .

The commitment was reportedly made during a telephone conversation between President Mohammad Ashraf Ghani and Donald Trump in December last year when he was the president-elect of the United States.

Afghan officials privy of the development told The Wall Street Journal that the two leaders talked about the security situation and relations with Pakistan and Mr. Trump asked if the Afghan leader needed more U.S. troops.

“President-elect Donald J. Trump said he would certainly continue to support Afghanistan security forces and will consider a proposal for more troops after an assessment,” according to one Afghan official briefed on the call.

This comes as the Trump has not announced its Afghanistan policy so far.

However, the Chief Executive Abdullah Abdullah welcomed Trump’s commitment to the US forces in Afghanistan.

According to the Office of the Chief Executive, Trump pledged support to the US forces during a telephone conversation, endorsing their presence and fight against terrorism.

During his address at the inauguration ceremony, Trump vowed to eliminate the threats posed by the extremist groups.