You are here: Home / Mediterranean / US will triple military aid to Tunisia 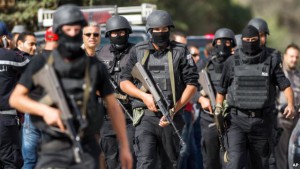 The United States will increase military aid to Tunisia threefold this year and help train its troops, a senior U.S official said Friday, weeks after the country suffered its deadliest militant attack in more than a decade, wrote Voanews.

“Our goal is to enhance their ability to defeat those who threaten the freedom and safety of the nation,” he told reporters after meeting with Tunisian Prime Minister Habib Essid.

Since a 2011 uprising that toppled Zine El-Abidine Ben Ali, Tunisia has, in contrast to much of North Africa and the Middle East, experienced a comparatively trouble-free transition toward democracy.

But it has also seen a rise in Islamist militancy, and last month, gunmen stormed the national Bardo museum in Tunis, killing 21 foreign tourists in an attack for which Islamic State claimed responsibility.

Tunisian authorities are concerned that violence will spill over from Libya, too, where two rival governments and several armed groups are embroiled in a bitter power struggle four years after the ousting of Moammar Gadhafi.

Blinken said the Obama administration would offer the Tunisian army training in border management, the first time it will be involved in training Tunisian soldiers.

Blinken gave no figure for military aid, which he said would rise 200 percent in 2015. Another U.S. official said last year’s package amounted to $60 million.

Japanese, Polish, French and Colombian tourists were among those killed in the museum attack. Tunis said fighters from the Okba Ibn Nafaa militant group, concentrated in the Chaambi mountains bordering Algeria, were also involved in the assault.