You are here: Home / West Asia / US warns of possible Islamist terror threat in Bangladesh on New Year’s Eve 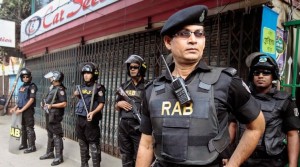 “There is an ongoing potential for extremist violence in Bangladesh,” the US embassy said in an updated alert on Thursday.

It said the ‘Travel Warning’ issued on July 10 after the two terrorist attacks is still in effect and the terrorist threat “remains credible”.

“Police have recently carried out raids on suspected militants, and multiple media reports have quoted officials as stating that they uncovered explosive devices and plans for attacks,” the statement said.

This year also, the government has announced increased security measures in Dhaka for New Year’s Eve.