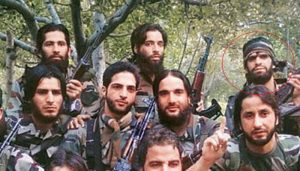 The designation, which slaps a series of US sanctions on the outfit, came against the backdrop of an upsurge in terror activities by the militant group in Jammu and Kashmir in recent months.

“These designations seek to deny Hizb-ul-Mujahideen the resources it needs to carry out terrorist attacks,” the State Department said in a statement.

All of HM’s property and interests subject to US jurisdiction are blocked, and people in the US are generally prohibited from engaging in any transactions with the group.

The decision marks a severe blow to Pakistan which has been projecting the militant group as a voice of the Kashmiri people.