You are here: Home / MidEastGulf / US targets Iranian counterfeit scheme in Yemen 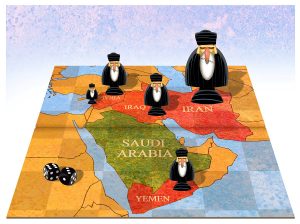 U.S. officials are spotlighting Iran’s efforts to spread its influence across the Middle East with what they describe as a “large-scale” counterfeiting operation, sophisticated enough to fool some European regulators, like reported by voanews.com.

Treasury officials in Washington exposed the counterfeiting ring Monday, sanctioning a network of individuals and companies, including two based in Germany, linked to Iran’s Revolutionary Guards (IRGC) and its elite Qods Force.

The export of those items to Iran is currently banned.

As a result, officials said, Iran may have managed to print hundreds of millions of dollars-worth of Yemeni bank notes, which the IRGC then used to “support its destabilizing activities.”

“This scheme exposes the deep levels of deception the IRGC-Qods Force is willing to employ against companies in Europe, governments in the Gulf, and the rest of the world to support its destabilizing activities,” said Treasury Secretary Steven Mnuchin, calling Tehran’s actions “completely unacceptable.”

“This counterfeiting scheme exposes the serious risks faced by anyone doing business with Iran,” he added. “The IRGC continues to obscure its involvement in Iran’s economy and hide behind the façade of legitimate businesses to perpetrate its nefarious objectives.”

U.S. officials have long accused Iran of supplying arms to rebel Houthi forces battling for control of Yemen. But Monday’s sanctions help highlight the scope of what Western officials commonly describe as the IRGC’s far-reaching and malign activities.

“Iran itself, together with its proxy, Lebanese Hezbollah, is knee-deep and has been knee-deep in the counterfeit business for quite some time,” said Matthew Levitt with the Washington Institute for Near East Policy. “Exposing this is kind of a two-for one, both exposing the organization’s terrorist activity and also exposing the nature of the criminal activity that it engages in.”

Levitt, a former Treasury Department intelligence official, also said the U.S. announcement could hurt Iran, especially as it tries to get better access to the international financial systems and get off a global blacklist of high-risk countries.

The new U.S. sanctions may also send a message to some U.S. allies who want to maintain the Iranian nuclear deal and have been hesitant to follow the lead of the Trump administration, which has advocated taking a much tougher stance with Tehran.

“This sends a pretty strong political statement that it is in Europe’s interest to care,” said Behnam Ben Taleblu, a senior Iran analyst at Foundation for Defense of Democracies. “It’s European jurisdiction and European technology.”