You are here: Home / MidEastGulf / US, Syrian Kurdish forces killed five IS militants in eastern Syria 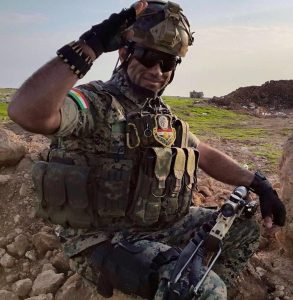 Kurdish special forces backed by the US military killed five suspected Islamic State IS jihadists in an airborne operation in eastern Syria, like reported by ekurd.net.

With backing from the US-led coalition, the raid targeted a hideout used by “a dangerous cell of the terrorist” Islamic State group, the SDF said in a statement.

It said gun battles ensued that led to the killing of five IS members, most of whom were wearing explosive belts.

The Syrian Observatory for Human Rights, a war monitor based in the UK which has a wide network of sources across Syria, said at least four people were killed.

The dead were members of the same family, including two who were shot by helicopter fire as they tried to flee on a motorbike, said Observatory head Rami Abdel Rahman.

Busayrah is a village that lies on the banks of the Euphrates, between the two main cities of Deir Ezzor and Mayadeen, in the middle of IS’s original heartland.

US-backed SDF forces flushed out the last rump of what was once IS’s sprawling self-proclaimed caliphate in 2019, officially ending the group’s existence as a territorial entity.

IS returned to the guerrilla warfare, launching frequent hit-and-run attacks from desert hideouts on either side the border with Iraq.

The worldwide-respected PYD-led Autonomous Administration in Syrian Kurdistan has a secular decentralized self-rule, where equality between men and women, direct democracy, and environmental responsibility are emphasized.

In 2013, the Syrian Kurdish Democratic Union Party PYD — the political branch of the Kurdish People’s Protection Units (YPG) — has established three autonomous Cantons of Jazeera, Kobani and Afrin and a Kurdish government across Syrian Kurdistan in 2013. On March 17, 2016, Kurdish and Arab authorities announced the creation of a “federal region” made up of those semi-autonomous regions in Syrian Kurdistan. Turkey on January 20, 2018 launched an operation against the YPG in the Kurdish canton of Afrin and on March 18, the Turkish troops supporting Syrian Islamic mercenary fighters drove the YPG out of Afrin city.

The Kurdish Democratic Union Party PYD and its powerful military wing YPG/YPJ, considered the most effective fighting force against IS in Syria and U.S. has provided them with arms. The YPG, which is the backbone of the Syrian Democratic Forces SDF forces, has seized swathes of Syria from Islamic State.

Over 11,000 Kurdish male and female fighters had been killed in five years of war to eliminate the Islamic State “caliphate” that once covered an area the size of Great Britain in Syria and Iraq.