You are here: Home / Africa / US steps up Somalia strikes as al-Qaida ally attacks escalate 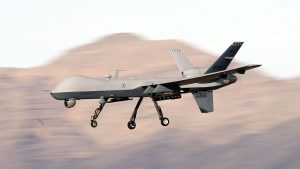 The U.S. is expanding airstrikes against members of a group affiliated to al-Qaida who have intensified attacks in Somalia since hundreds of American troops exited the country earlier this year, like reported by charlotteobserver.com.

The latest strike occurred close to the central towns of Bacadweyne and Geedaley on Sunday morning, hitting a position held by al-Shabab militants who were engaging members of the Danab, an elite Somali commando force trained by the U.S., Somalia’s Information Ministry said.

The remote attack was the third in less than two weeks and marked an escalation in counterterrorism operations in the Horn of Africa nation since President Joe Biden took office in January.

“The airstrikes destroyed a large al-Shabab firing position engaging Danab and Somali National Army forces as they approached,” the ministry said in a statement. An increasing number of al-Shabab fighters had defected to join the Somali security forces as a result of the recent counterterrorism measures, it said.

A spokesperson for al-Shabab didn’t respond to questions seeking comment, while a U.S. Department of Defense spokeswoman declined to comment on the strikes.

Somalimemo, a pro-al-Shabab media outlet, reported that the latest strike had no impact and the group’s militants remained in the area. It also said that Somali forces had suffered casualties in recent clashes in central Somalia but didn’t specify how many.

Al-Shabab has waged an insurgency in Somalia since 2006 in a bid to impose its version of Islamic law. The group has continued to carry out suicide bombings and other attacks despite being the target of frequent U.S. drone strikes, and the Somali government’s grip on power remains tenuous.

Fatalities linked to al-Shabab activities are projected to rise by 16% this year, and the number of battles with Somali security forces by 28%, according to the Africa Center for Strategic Studies, a research body within the U.S. Department of Defense.

The U.S. began sending more troops to Somalia in mid-2017 as President Donald Trump’s administration stepped up counterterrorism efforts in the Horn of Africa. Trump ordered most U.S. forces to leave Somalia by early 2021, saying their redeployment wouldn’t undermine the fight against terrorism.