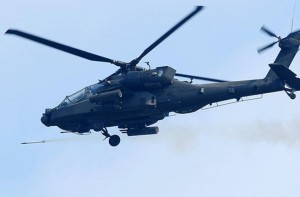 The commander, Abu Sayyaf, was in charge of Daesh’s oil-related affairs and became increasingly involved in Daesh general command.

His wife, an Iraqi woman known as Umm Sayyaf, was captured in the raid and taken to Iraq for interrogation, sources say.  She was believed to be involved in Daesh operations, including human trafficking.

About a dozen Daesh militants were killed in the raid.

None of the involved US troops were harmed in the operation.