You are here: Home / West Asia / US soldier killed in fighting against Daesh in Afghanistan 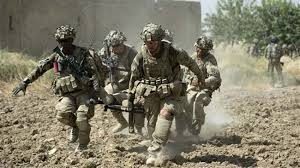 A US soldier was killed Wednesday and an unspecified number wounded while battling Daesh in eastern Afghanistan, the US army said.

The Afghan army also sustained casualties in what the US military characterized as a partnered operation.

Officials in Kabul have said little else about the engagement, releasing only a brief statement indicating that the wounded were evacuated for medical treatment, the families of those involved were being notified, and the mission was said to be aimed at “further reducing” Daesh’s regional presence.

The statement does not specify where the attack occurred, although Daesh insurgents are known to be active in Nangahar and Kunar provinces.

Wednesday’s fatality is the 11th suffered by US forces in Afghanistan this year, surpassing last year’s total of 10.