You are here: Home / Mediterranean / US sending more troops to Sinai to boost peacekeepers’ security 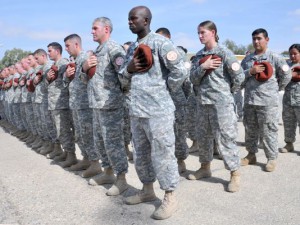 The United States will send an additional 75 US troops and other assets to Egypt’s Sinai Peninsula to bolster the security of international peacekeepers, who have come under attack from militants in recent days, the Pentagon said on Thursday.