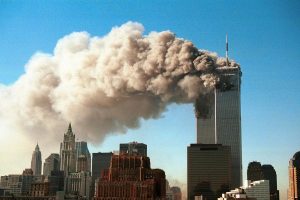 A top US security chief has warned that Islamic State militants are planning another huge terror attack on the same scale as 9/11, like reported by standard.co.uk.

The acting Secretary of Homeland Security in the United States, Elaine Duke, warned that recent attacks involving knives and vehicles were to keep followers of the terror group engaged.

But she said that US intelligence suggested extremists are planning an attack involving a “big explosion” to cause maximum casualties.

She also said it was “clear” terrorists want to hijack planes to target civilians, mirroring the devastating attack in the US in 2001.

The MailOnline reported that Ms Duke, speaking at an event at the US Embassy in London, said: “The terrorist organisations, be it ISIS or others, want to have the big explosion like they did on 9/11. They want to take down aircraft, the intelligence is clear on that.

Referring to a series of recent atrocities in which terrorists have attacked people using knives or vehicles, she said: “Creating terror is their goal and so a van attack, a bladed weapon attack, causes terror and continues to disrupt the world – but does not mean they’ve given up on a major aviation plot.”

The chief of the normally secretive organisation gave a speech warning that it was taking less time for terrorists to plan attacks as they could exploit “safe spaces online” to evade detection.

And Ms Duke said the internet was providing the means for more “home-grown” terrorists in the US through the use of propaganda.

She added that one of the biggest threats to the safety of aviation travel was the free movement of goods and people between countries.

“What we believe is that because of the movement of goods and people, we have to raise the baseline worldwide, we can’t only consider our borders,” she said.

She said US officials have “strong measures” in place to prevent another attack but added: “Terrorists are strong, they are adaptable and the terrorist threat is the highest it has been since pre-9/11. We have got to have every tool that’s possible.”

Almost 3,000 people were killed in the 9/11 attack when planes were hijacked and flown into the World Trade Center in New York and the Pentagon in Washington.