You are here: Home / MidEastGulf / US says Iraqi airbase will be ready for Mosul operation

When operation begins ‘we’ll be prepared to support that and the airfield will be ready,’ coalition spokesman says 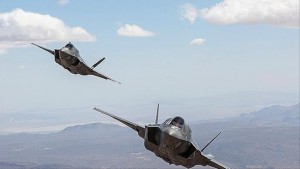 An Iraqi airbase the U.S. plans to fly missions out of will be ready for the Iraqi-led mission to oust Daesh from Mosul, the U.S.-led coalition said Tuesday.

Air Force Lt. Gen. Jeffrey Harrigian told reporters that progress toward making the base ready is being made “every day”.

“When the ISF is ready to move on in their operations to get after Mosul, we’ll be prepared to support that and the airfield will be ready,” the spokesman said referring to the Qayyarah Airfield located just 65 kilometers (40 miles) from Mosul.

If made battle ready it could serve as a pivotal hub for U.S. aircraft to carry out strikes on Daesh targets in Mosul, Iraq’s second city.

The terror group has occupied the city since June 2014, and Iraqi Prime Minister Haider al-Abadi has said he wants to retake it by year’s end.

The U.S. is currently conducting what it calls “shaping operations” to set the stage for the Iraqi-led operation. That has included targeting Daesh’s vehicle borne improvised explosive factories, as well as its command and control centers and factories, said Harrigian.

“The intent there is really to shape the environment so that as the ISF prepares to liberate Mosul, we’ve softened up the enemy for them,” Harrigian said, noting that ongoing Iraqi operations are “closely coordinated” with the U.S.

Meanwhile, the U.S. successfully destroyed a pharmaceutical facility it said Daesh was “most probably” using to manufacture mustard and chlorine gas.

Harrigian said the strike included a variety of U.S. aircraft including A-10s, F-15s, and B-52s that destroyed more than 50 targets “removing a significant chemical threat to innocent Iraqis.

“This represents just another example of Daesh’s blatant disregard for international law and norms,” he said.