You are here: Home / Mediterranean / US: Recognition of Israel not part of nuke deal 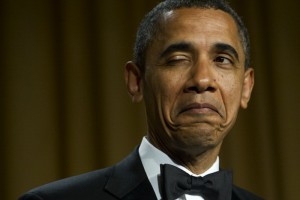 US President Barack Obama said it would be a “fundamental misjudgment” to demand Iran to recognize Israel as part of a nascent nuclear deal, Agence France-Presse reported.

“The notion that we would condition Iran not getting nuclear weapons in a verifiable deal on Iran recognizing Israel, is really akin to saying that we won’t sign a deal unless the nature of the Iranian regime completely transforms,” Obama told US radio network NPR, in an attempt to sell the deal to a hostile Congress.

“And that is, I think, a fundamental misjudgment,” he said.

Obama has said that Iran should stop threatening Israel and cease engaging in proxy wars around the Middle East, but has tried to separate concerns about Iran’s regional role from the tentative deal finalized Thursday.

“If suddenly Iran transformed itself to Germany or Sweden or France, then there would be a different set of conversations about their nuclear infrastructure,” he added.