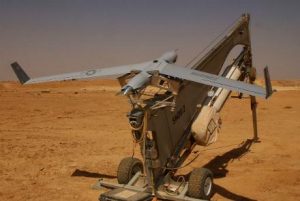 The Boeing subsidiary Insitu was awarded a $47 million USD contract for the supply and operation of eight ScanEagle unmanned aerial systems for the Afghan Security Forces, a US Department of Defense press release said, as quoted by The Defense Post.

Work is expected to be completed in March 2019, the Defense Post report said.

Last July, Insitu was awarded a $19,611,424 USD contract for five ScanEagle systems and a similar support package for the Afghan Security Forces, the report said.

The system has been used by the Afghan National Defense and Security Forces since April 2016.

ScanEagle is a small, portable low-altitude long-endurance unmanned aerial vehicle used for battlefield intelligence, reconnaissance and surveillance since August 2004 in the Iraq War.

With a flight endurance of over 20 hours, the drone carries a stabilized electro-optical and/or infrared camera on a lightweight inertial stabilized turret system. It can also carry a miniature synthetic aperture radar.

The Defense Post report says the aircraft is launched from the “SuperWedge” pneumatic launcher and recovered using the “Skyhook” retrieval system, which uses a hook on the wingtip to catch a rope hanging from a pole.