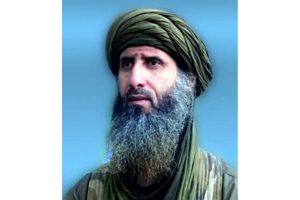 The US State Department posted a $7 million reward Wednesday for information leading to the location or identification of Abu Ubaydah Yusuf al-Anabi, the leader of Al-Qaeda in the Islamic Maghreb (AQIM), like reported by thedefensepost.com.

The department said Anabi was declared the emir of the northern Africa region branch of Al-Qaeda in November 2020 and his predecessor, Abdelmalek Droukdel, was killed five months earlier.

It said Anabi is an Algerian citizen also known as Yazid Mubarak. He has pledged allegiance to Al-Qaeda leader Ayman al Zawahiri as AQIM’s leader, according to the State Department.

Previously he was on AQIM’s Council of Notables, its Shura Council, and also has acted as the AQIM media chief.

In 2015 the State Department listed him as a Specially Designated Global Terrorist.