You are here: Home / Africa / US offers 27 million dollars for Al-Shabaab leader info 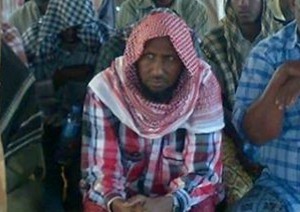 The United States has offered rewards of up to 27 million dollars for information on six “key leaders” in the Somali Islamist group al-Shabaab, the US State Department announced Tuesday.

There is a 6-million-dollar offer for information on Abu Ubaidah, who became head of the terrorist group after a US airstrike took out Ahmed Abdi Godane in September 2014.

Five million dollars is available for information on Mahad Karate, who allegedly planned the attack on Kenya’s Garrissa University College that killed 148 people. The same reward is on offer for two other al-Shabaab planners, Ma’alim Daud and Hassan Afgooye.

Three-million-dollar rewards are in place for two other leaders, Maalim Salman and Ahmed Iman Ali.

“Since 2006, al-Shabaab has killed thousands of civilians, aid workers and peacekeepers in Somalia, Uganda and Kenya,” the State Department said.

The reward announcement comes one day after Somali Prime Minister Omar Sharmarke warned the UN that al-Shabaab has proclaimed its allegiance to the Islamic State extremist group, posing the possibility of a renewed threat to the region.

During a debate in the UN Security Council, Sharmarke called for the council’s support to defeat al-Shabaab before the group can gain considerable support from the Islamic State, which currently operates mainly in Syria and Iraq.

“Somalia cannot afford to have a space for [the Islamic State] to exploit and reverse the hard earned progress on security,” the prime minister said.

“That’s why we need the support of the council, more than ever before, to stand with Somalia against [al-Shabaab], to deny it the ability to regroup and/or pose renewed threat in Somalia and the region.”

Sharmarke said that resolving the crisis in Yemen was crucial to keeping the Islamic State organization out of Somalia, as extremists could use Yemen as a “conduit or launching pad.”

Al-Shabaab is a militant group seeking an Islamist state in Somalia. It controlled most of southern and central Somalia and parts of Mogadishu in 2009-2010 before being driven out of key cities.