You are here: Home / West Asia / US military in Afghanistan can now target Islamic State 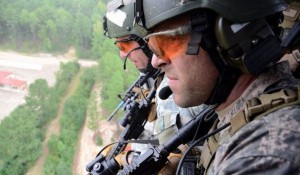 The Obama administration has granted the military new authority to strike the Islamic State in Afghanistan, signaling a more sustained fight against the extremist group outside of its base in Iraq and Syria, officials said Wednesday.

A defense official, speaking on the condition of anonymity to discuss internal decisions, said new rules of engagement approved last week permit U.S. commanders in Afghanistan to launch airstrikes against militants affiliated with the Islamic State, in the same way that the military targets fighters linked to al-Qaida.

The new arrangement “enables the United States to more actively target ISIL in Afghanistan,” the official said, using an acronym for the group that controls parts of Iraq and Syria and has established outposts from North Africa to Central Asia.

Under previous rules, the U.S. military was able to conduct airstrikes in Afghanistan in three circumstances: to protect foreign forces; to help Afghan troops ward off an enemy onslaught; and to target al-Qaida and affiliated militants.

According to a second official, who also spoke on the condition of anonymity, the U.S. military has struck militants identified with the Islamic State in Afghanistan in the past, but those strikes were launched on the basis of the fighters’ “hostile intentions” rather than their affiliation with the group’s Afghan organization. The new rules were first reported by the Wall Street Journal.

While the decision does not signal a dramatic change for U.S. activities in Afghanistan, it strengthens commanders’ authority against assorted militants there and, more generally, illustrates the expanding U.S. campaign against the Islamic State beyond its home base.

The change comes as the Afghan government struggles to beat back an emboldened Taliban, whose sustained attacks have jeopardized not just ordinary Afghans, but also President Obama’s hopes of ending U.S. military involvement in Afghanistan before he leaves office. Amid worsening security across Afghanistan, the White House has several times altered Obama’s original plans for withdrawing U.S. troops.

Now the country faces a new threat from militants who have aligned themselves with the Islamic State and are mostly arrayed near Afghanistan’s border with Pakistan. Defense Secretary Ashton B. Carter visited Afghanistan’s eastern Nangahar province in December and discussed the growing Islamic State presence there with Army Gen. John F. Campbell, the commander of U.S. and NATO forces in Afghanistan.

Taliban and Islamic State militants are battling one another for control of resources, even as both also fight government forces.

The granting of expanded strike authority follows the State Department’s designation this month of the Islamic State’s Afghan entity, called “ISIL-K,” or Khorasan, as a foreign terrorist organization.