You are here: Home / MidEastGulf / US may offer safe exit for Assad from Syria 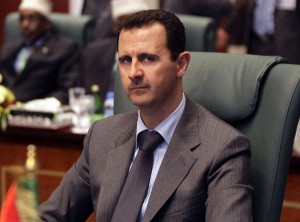 Member of the Syrian National Coordination Commission opposition group (NCC), Khalaf Dahowd disclosed: “Some scenarios have begun trading to resolve the Syrian crisis but we are not sure about the extent of their seriousness.”

Dahowd revealed that there is a US initiative to be presented during the UN General Assembly meeting.

In remarks to the London based Asharq Al-Awsat newspaper on Sunday, Dahowd said: “The US initiative may include offering a safe exit for Assad to Russia or any other country.”

US Secretary of State John Kerry said after a meeting with his Iranian counterpart Mohammad Javad Zarif on Saturday that he sees an opportunity to make progress towards resolving the Syrian crisis this week.