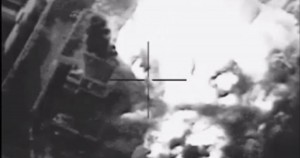 The US-led coalition killed 38 ISIL terrorists in west of Kirkuk, the Ministry of Defense announced in a statement on Sunday.

“The coalition targeted a big ISIL camp in Al-Riyadh district, killing 38 terrorists, wounding dozens others and destroying some vehicles,” the statement added.

“Among the deaths are Khaleel al-Wais and his assistant Adnan Muhammad Yaseen,” the statement concluded.