You are here: Home / MidEastGulf / US is wrong, PYD is terrorist, says Turkish President Erdoğan 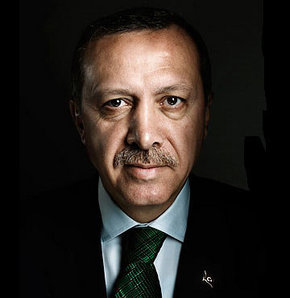 Turkish President Recep Tayyip Erdoğan has reacted to a recent statement by a U.S. official, who said his country does not consider the Peoples’ Protection Units (YPG), the armed wing of the Syrian Democratic Union Party (PYD), a terrorist organization.

“The U.S. is not paying a price in this matter today, it is us who pay the bill and know what the PYD and the YPG is doing,” Erdoğan said after serving his Eid al-Adha prayer early on Sept. 24 in Istanbul.

Turkish officials have repeatedly raised concerns about the YPG’s ties to the outlawed Kurdistan Workers’ Party (PKK), but also said the group was not a target unless it targets Turkey.

“Thus I think they will reevaluate this wrong view. We see DAESH as a terrorist organization, along with the PYD, the similar organizations beside and the PKK,” he said, referring to the Islamic State of Iraq and the Levant (ISIL) by using an Arabic acronym for the jihadist organization.

“We don’t consider the YPG a terrorist organization, and they have proven successful against ISIL inside Syria. And as I said, we’re going to continue to work with counter-ISIL fighters who are and can be successful against this group, and they’re not all Kurds,” said U.S. State Department Spokesperson John Kirby on Sept. 21 while responding to a question on the gap between the Turkish and the U.S. stance against the group.

“We understand that the Turkish government has concerns about the YPG. We continue to talk to them and engage them. We continue to be appreciative of the support that Turkey is making to the coalition and to direct kinetic activity against ISIL,” Kirby said.