You are here: Home / Senza categoria / US imposes new sanctions on Hezbollah 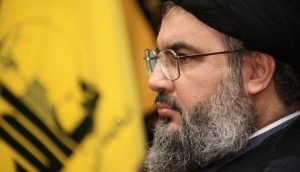 The US House of Representatives have backed new sanctions on Lebanon’s Hezbollah militia, as the group tries to recover from its costly involvement in Syria, like reported by aljazeera.com.

Backed by Iran, Hezbollah has been fighting on the side of the Syrian regime. The move against an ally of Iran came as part of a US effort to hit at Tehran without immediately moving to undermine an international nuclear agreement.

On Thursday, the House will vote on another bill calling for additional sanctions on Iran related to its ballistic missiles programme.

President Donald Trump said on October 13 he would not certify that Iran is complying with an international agreement on its nuclear programme, and threatened that he might ultimately terminate the accord.

Trump’s action opened a 60-day window for Congress to act to reimpose sanctions on Iran’s nuclear programme that were lifted under the agreement, but there has been no move to do so in the House or Senate.

Aides said that, for now, House legislators are focusing on clamping down on Iran in other ways, such as the Hezbollah and missile-related sanctions.

The first of the Hezbollah-related measures passed on Wednesday would impose new sanctions on any entities found to support the group, such as by providing weapons to Hezbollah.

The second imposed sanctions on Iran and Hezbollah for allegedly using civilians as human shields. The third was a resolution urging the European Union to designate Hezbollah as a “terrorist” organisation.

The US named Hezbollah as a foreign “terrorist” organisation in 1997. Earlier this month, Trump administration offered to pay a multimillion-dollar reward for information leading to the arrest of two of Hezbollah officials, Talal Hamiyah and Fuad Shukr.

“These critical measures will impose new sanctions to crack down on Hezbollah’s financing, and hold it accountable for its acts of death and destruction,” said Representative Ed Royce, chairperson of the House Foreign Affairs Committee.

However, winning international support for an intensified campaign against Hezbollah could prove difficult. The powerful Shia organisation is part of Lebanon‘s fragile coalition government and commands enormous support for the social services it provides.

Hezbollah reached peak popularity in 2006 amid regional anti-Israel sentiment. Since its association with the Assad regime in Syria, Arab countries have joined a chorus of disapproval against Hezbollah.

The group has seen its resources drained by Syria’s war, and is in need of a new raison d’etre to bolster their costly involvement.